Fyndiq, the popular bargain marketplace from Sweden, will expand to Germany this year. The online company is currently looking for German-speaking people to fill the dozens of job vacancies they have. It’s no secret Fyndiq wants to spread its wings. After a funding round last year the company said it was looking to take its business to new markets, starting in Germany, the UK and Poland.

Back in November last year Fyndiq has raised about 19 million euros in a funding round led by Northzone, which was an early investor in Spotify. Another investor was Industrifonden, which is a VC backed by the Swedish government that helps local startups to scale internationally.

Taking the business to continental Europe
The funding is paying off now, as Fyndiq is looking for German-speaking people. Only one would have to work at at their satellite office in Berlin, while all the other new employees will work in Stockholm where Fyndiq has its headquarters. In one of the job descriptions, Fyndiq writes: “We’re one heck of a group of ambitious people who love bargains, and our goal is to build the global online bargain superstore. When doing that we have to move outside our comfortable Swedish zone and take our business to continental Europe.”

It also says that back in August 2010, Fyndiq opened its doors and entered the Swedish ecommerce market. “From the get go the plan was for us to take over the bargain world and provide bargain hunters across the country with small moments of joy. And now, in 2015, after closing an investment round of 150 million kronor Fyndiq is crossing borders and launching in…. fantastische Deutschland!” 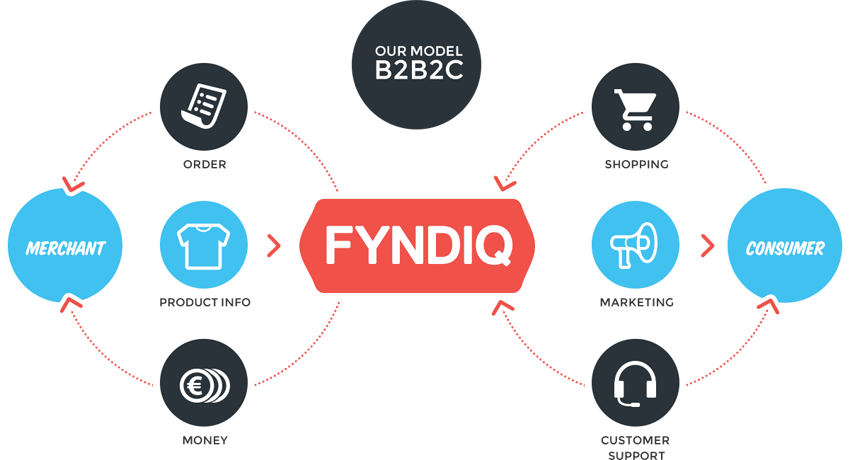 Last week it became clear that at least 18 million euros was paid to the more than 1,500 merchants who sold something on Fyndiq last year. According to co-founder Fredrik Norberg about 800 new retailers joined the bargain platform last year. And 37 retailers sold products with a total value of 1 million Swedish kronor (109.000 euros). A total of 1.5 million orders were generated last year, compared to 550,000 the year before.

About Fyndiq
Fyndiq is a Swedish startup that was founded in 2010. It’s an online platform, or marketplace, for merchants and brands to sell bargain products and end-of-run-goods for as much as 70% off the original retail price. The company only takes a 5% fee on items that are sold.