‘Cross-border merchants should focus on Europe’ 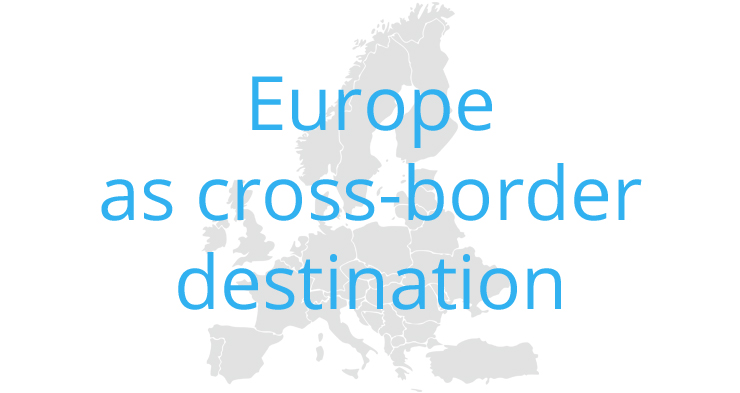 Cross-border purchasing is an increasingly significant driver of ecommerce growth in Europe. More than half of the 240 million online consumers across the continent have purchased online from other countries. It’s no surprise about four in ten global merchants, acquirers, PSPs and consultants believe that merchants should focus on Europe when considering cross-border ecommerce.

In North America, Europe is even the most commonly chosen destination for overseas expansion. That’s one of the results from a survey conducted by Dutch fintech company Payvision. It surveyed under 1,200 merchants, merchant service providers, acquirers, payment service providers and consultants. The result is a study on key business drivers and opportunities in cross-border ecommerce, with a section dedicated entirely to cross-border ecommerce in Europe.

The study shows that 41 percent believe merchants should focus on Europe when they are considering going cross-border with their online sales: 31 percent agrees and 10 percent even strongly agrees. 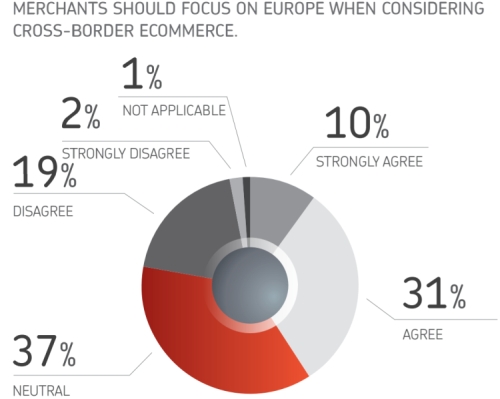 Payvision also asked US retailers on which region(s) they focus their cross-border strategy. Europe was selected by almost 30 percent of those polled, thereby beating Asia, Australia or Latin America by landslide. It also asked the European respondents this question and they seem to be divided between North America (28 percent) and Asia (27 percent). 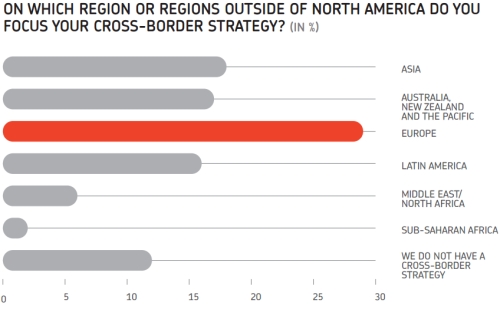 Payvision also has a great tip for non-European businesses who looking to expand into Europe. “The continent is diverse culturally, and cannot be approached collectively. Factors like GDP, economic growth, life expectancy, and internet penetration show a clear Eastern/ Western Europe divide. However, neither geographic proximity nor language are the final determining factors when it comes to identifying nations with common cultures, nor is relative economic prosperity. It is essential that, when contemplating expansion into Europe, each target country and its consumer nuances are taken into careful consideration.”