More and more companies, especially those in the field of fashion, have turned to curated shopping. And it seems consumers respond well to these kinds of retail services. Even if the number of users is small, those who already use the service are very pleased and would like to use it again.

Personal shopping services popular among men
GfK asked respondents whether they have ever used a personal shopping service and it seems this way of shopping is particularly popular among men. One in ten men said yes to the question. While 7 percent said they would do it again at any time, 3.1 percent also said yes, but claimed they would not use such a service again. For women, however, the number of users is still in the single digits. Just 6 percent tested the service. However, only 0.5 percent said that they wouldn’t use it again. 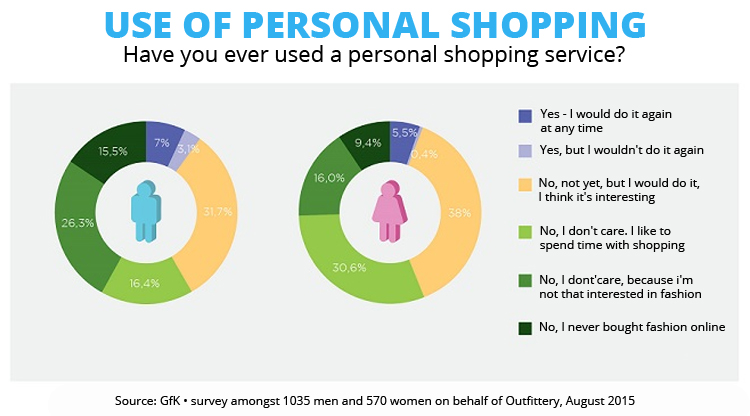 Curated shopping seems to have a lot of potential, as around one in three consumers (men: 31.7 percent, women: 38 percent) show interest in such a service and say they would try it. There’s a more noticeable difference between men and women when it comes to seeking advice from a stylist when shopping. Three in ten women (30.6 percent) say they rather like to spend some time with shopping, as this percentage is half as big (16.4 percent) among men. On the other hand, one in four men (26.3 percent) say they haven’t done any curated shopping and that fashion doesn’t interest them at all. For women, this percentage is 16 percent.

GfK also showed respondents a list of curated shopping services and asked them which of them they know, even if only by name. Surprise, surprise: Outfittery happened to be the most well-known service, followed by Modomoto and Zalon (from Zalando). 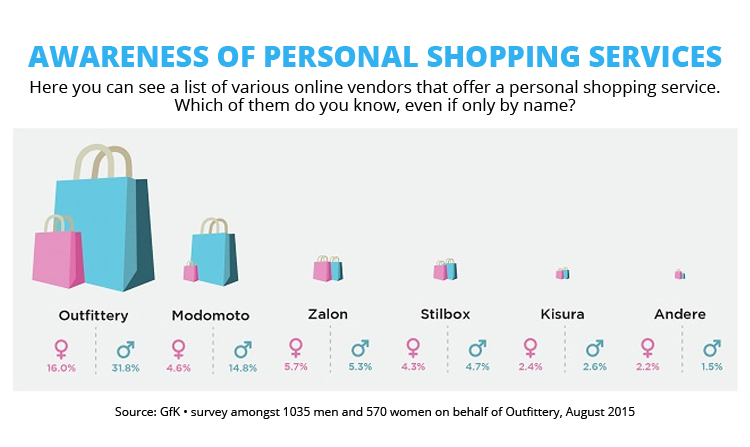