Online department store FonQ has left Germany. The Dutch ecommerce company says it wants to focus solely on its profiting businesses in the Netherlands and Belgium instead.

Fonq opened its digital doors in Germany in January 2012, after it saw positive results from launching an online store in Belgium a couple of months before, and after running tests through Amazon in several countries across Europe.

Two years ago however, Fonq made the decision to focus purely on profitable growth in the Netherlands and Belgium. That’s why it also closed its doors in France and Austria in 2018. Leaving the German market was the next big step to take and that time has come now.

Devoting its attention to Dutch and Belgian market

“From now on, we only focus on the core channels and product groups, the new CEO Jeremiah Albinus tells Emerce. With the outbreak of the coronavirus, there was a greater interest among many consumers to redesign their homes and gardens. Fonq therefore decided to devote all of its attention to the Dutch and Belgian market, and to stop selling through other foreign websites or marketplaces. “They no longer represent any substantial turnover.”

From now on, we only focus on the core channels and product groups. 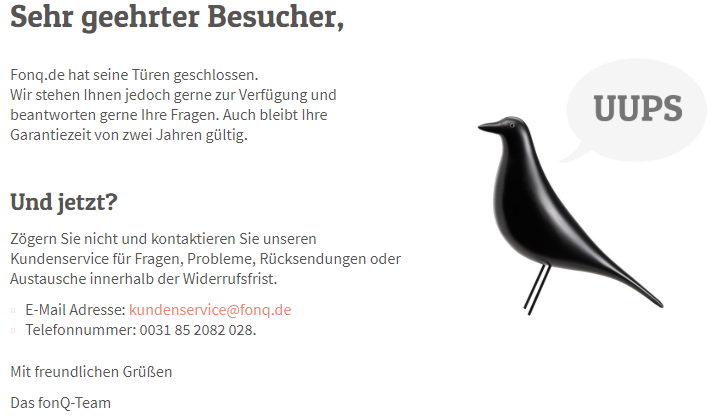