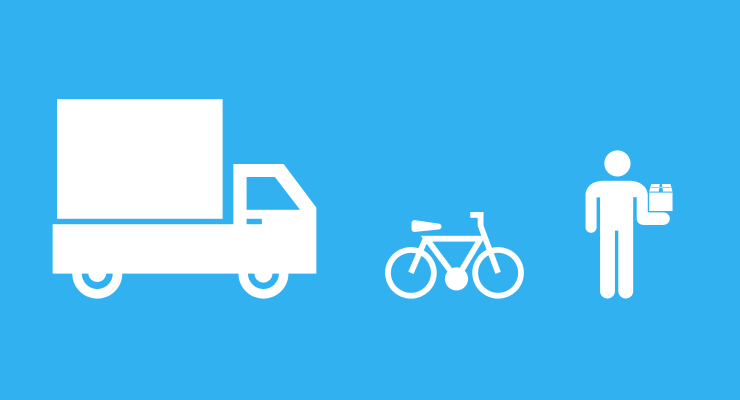 January 25, 2017 by Ecommerce News. About Logistics with tags Europe, The Netherlands. 9237 views.

SendCloud, a Dutch cloud-based shipping service for online stores, is starting a European delivery network, so online retailers can easily ship parcels across Europe. The company wants to revolutionize the logistics process in Europe, which is still being hampered by restrictive rules.

The European Union is working on a Digital Single Market and new rules should boost cross-border ecommerce in Europe. But still there remains many hurdles when you want to sell products or services abroad in Europe. Meanwhile, consumers demand more and more from online retailers and logistics companies.

For smaller online retailers, this makes it harder to compete with major players such as Amazon or Zalando. These companies can arrange good deals with logistics companies or even set up their own logistics service. “This creates major problems for small-sized retailers, who strive for the best service and delivery options for their customers. And at international level that’s almost impossible”, Rob van den Heuvel, CEO of SendCloud, says.

According to SendCloud, the solution to all this is quite simple: a delivery tool, including an API, which makes it as easy and efficient to ship abroad as it is domestically. And to be able to do this, SendCloud is breaking up the European delivery market. By partnering with several big carriers such as DHL, UPS and DPD, the company enables online retailers to automate the shipping process with different shipping companies and delivery options, without sticking to a contract. By collecting purchasing at multiple carriers, SendCloud is able to offer the service for reduced rates.

With the new European delivery network, SendCloud offers delivery and returns to pick up points across the continent. During check-out, consumers can select a parcel shop from which they want to retrieve their goods. Returning an item to a (foreign) online retailer works the same way.

SendCloud was founded in 2012 in the Netherlands, after three online shop owners had some bad experiences with sending parcels. They built a software platform that connects online retailers to carriers while automating things such as making shipping labels and track & trace mails. SendCloud integrates with over 25 different ecommerce software solutions and was recognized by The Next Web as one of Europe’s fastest-growing tech startups. The company is active in the Netherlands, Belgium, Germany, Austria and France.