This is shown by the Italy Ecommerce Country 2017 report from the Ecommerce Foundation. The total online sales of goods and services in this Southern European country were worth 19.6 billion euros in 2016 and is now expected to surpass the 22 billion mark at the end of this year. The B2C ecommerce turnover in Italy is expected to grow 14 percent this year, whereas it increased by 16 percent in 2015 and 18 percent last year.

Ecommerce Foundation wrote its report on Italy based on several sources. One of these sources, PostNord, found out that 83 percent of the Italian population was online last year and this share is said to increase to 96 percent this year.

Last year, there were are 12.9 million frequent online shoppers in Italy, who spent on average 1,382 euros in a year’s time. The 6.1 million infrequent online shoppers spent on average 290 euros per year. The report also shows that people between 35 and 44 years are the largest group to shop online and use the smartphone the most for this activity.

The smartphone is used partly for the shopping apps. Based on the number of downloads (measured in March of this year) in the Google Play Store, Shpock is the leading shopping app in Italy. It’s followed by AliExpress, eBay, Amazon and Wish. 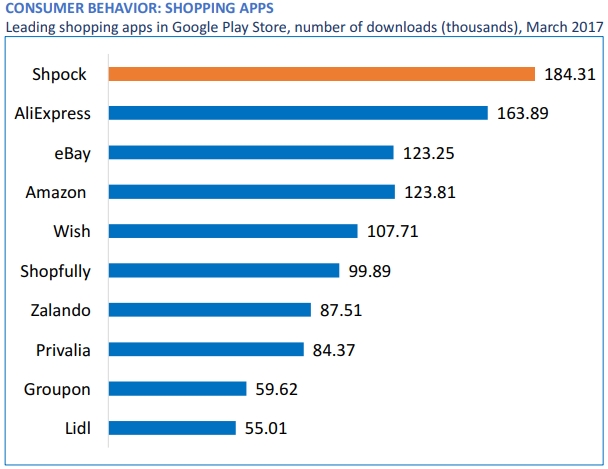 Regarding delivery preferences, 92 percent of online shoppers in Italy prefer to receive deliveries at their offices and/or homes. And when it comes to paying for these online purchases, Italians prefer PayPal or similar methods, followed by debit/credit cards and cash on delivery. 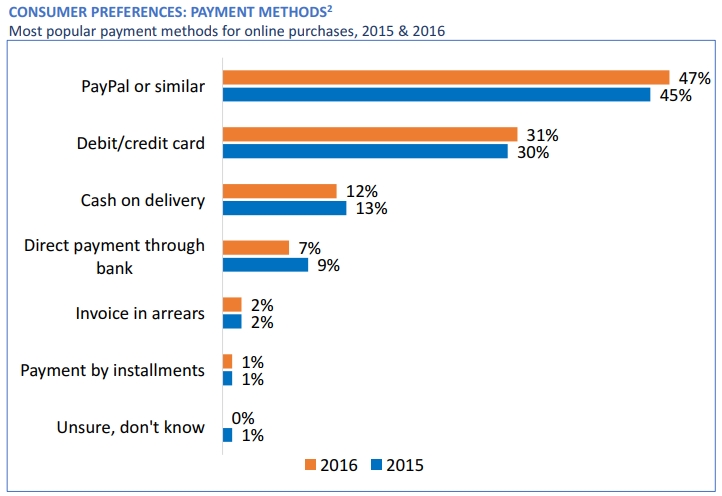