August 2, 2019 by Ecommerce News. About Statistics with tags Poland.

Ecommerce in Poland is predicted to increase by 25 percent this year. This would mean business-to-consumer ecommerce sales of this Eastern European country will be worth 11.64 million euros at the end of this year.

A significant growth is predicted for Poland’s ecommerce industry this year. In 2017, online retail sales grew 11 percent, but for this year a growth of 25 percent is predicted, a new study of Ecommerce Foundation shows. If the prediction comes true, it would mean that ecommerce in Poland will account for 2.31 percent of the country’s gross domestic product. 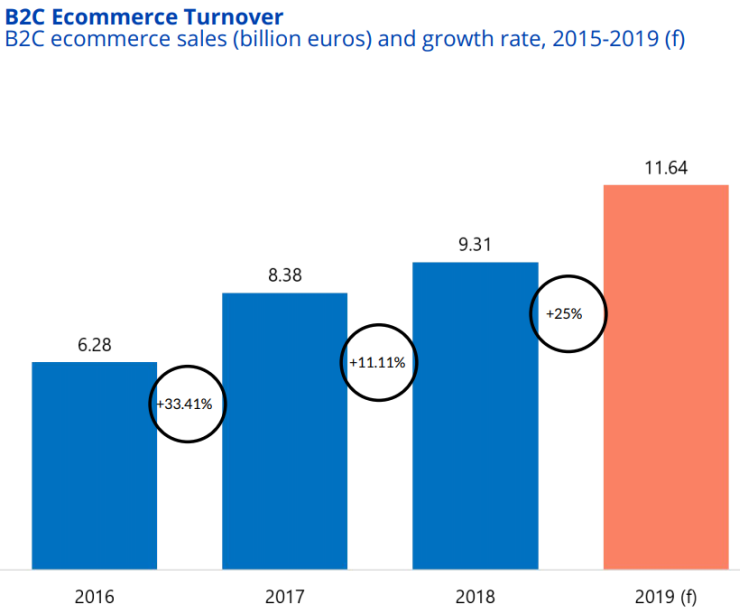 In Poland, over 61 percent of the online population (77 of Polish people use the internet) is forecast to shop online this year. That share is similar to the situation last year, when six in ten Polish internet users shopped products and services online. And when Polish consumers do shop online, they are predicted to spend an average of 651.50 euros per year.

Most customers use social media for inspiration

The study shows that social media is the most frequently used online source of shopping inspiration in Poland. Last year, 58 percent of customers used websites and apps like Facebook, Twitter and Instagram to get inspired. Price comparison websites were used by 43 percent, followed by retailers’ websites (40 percent).

Most popular product categories in Poland