The ecommerce industry in Spain was worth 12.73 billion euros in 2013 and reached a turnover of 3.43 billion euros during the fourth quarter. This corresponds to a 29.2% increase compared to the same period in 2012. During the last three months of 2013, more than 54 million transactions took place.

In the fourth quarter of 2013, there were 31.3 million transactions from Spain to other countries, being worth 1.49 billion euros and representing 43.5% of all transaction during that period. With 31.3 million transactions, the value of transactions from abroad and directed to Spanish ecommerce sites was worth 1.49 billion euros, representing 43.5% of the total transaction value. Most of these purchases (€1.3bn, 89.6%) went to the European Union and to a lesser extent the United States (€63.9mn, 4.3%) and Central and Eastern Europe, Middle East and Africa (€52.9mn, 3.5%).

Ecommerce in Spain
These numbers can be found in a report from CNMC, called “Informe sobre el comercio electrónico en España a través de entidades de medios de pago” which could be translated as “Report on ecommerce in Spain via payment solutions”. The methodology used for this report is based on ecommerce taking place via bank card payments, attached to the following collaborating Spanish payment institutions: Sermepa-Servired, Sistema 4B and EURO 6000. So these numbers don’t give a clear and complete view on the Spanish ecommerce industry, but by looking at only bank card payments, you still get a pretty good look at the ecommerce sector.

Quarterly performance of the Spanish ecommerce turnover and its year-on-year growth: 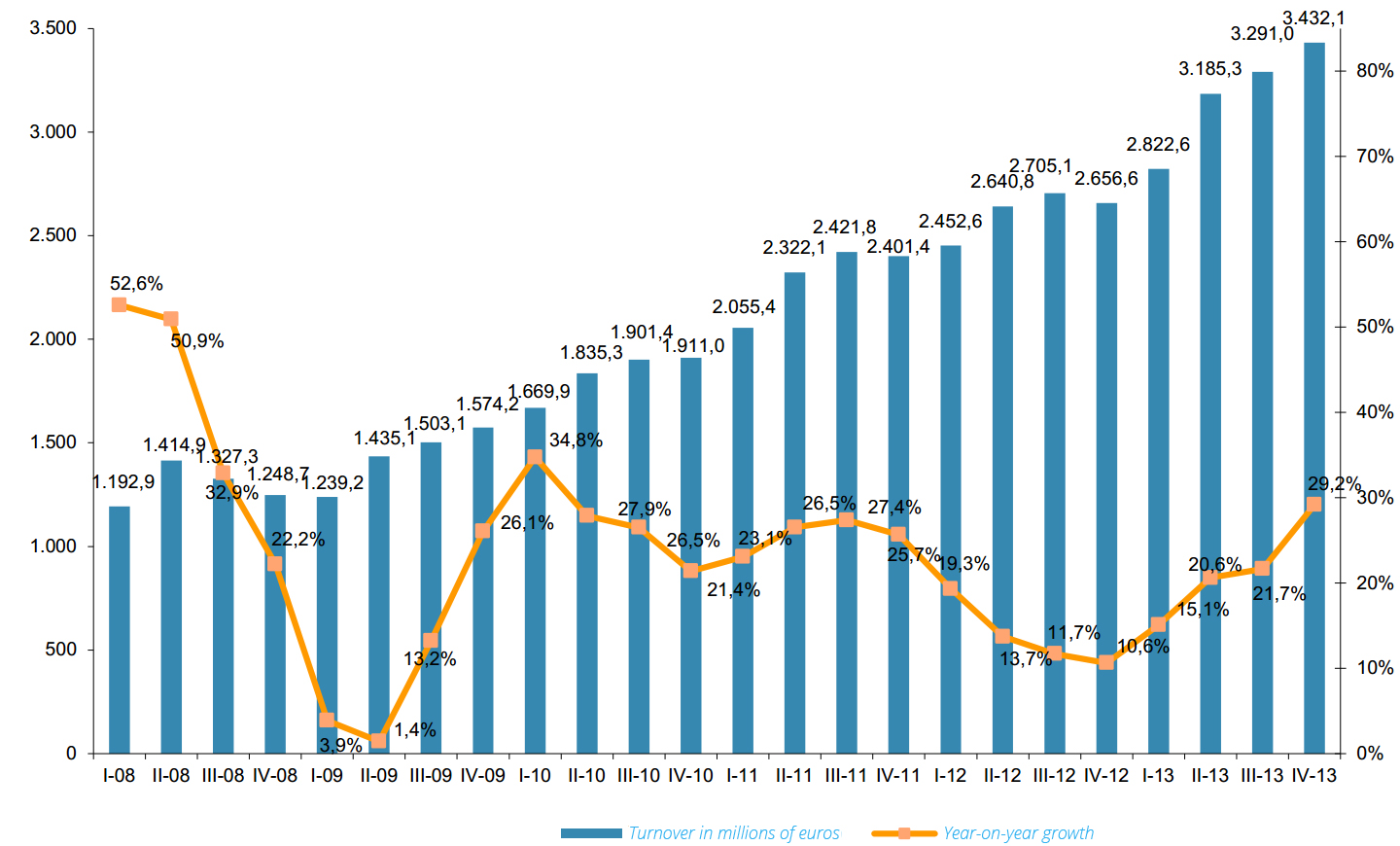