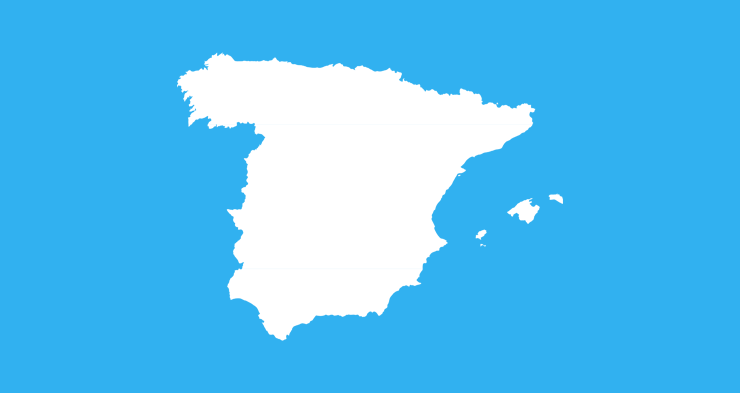 Ecommerce in Spain has increased with a year-on-year-growth of 20.3 percent during the second quarter of 2016. The online turnover was worth 5.95 billion euros during that period. Industries with the highest online revenue were travel agencies and tour operators, air transport and clothing.

According to the latest ecommerce data of the Spanish National Authority for Markets and Competition (CNMC) over 92 million transactions were registered during the second quarter of last year, which is an increase of 33.4 percent compared to the same period one year before. Categories with the highest percentage of ecommerce transactions are direct marketing (10.6%), CDs, books, newspapers and stationery (6.4%) and activities linked to transport (6.1%).

Of all the revenue that was generated online in Spain, 57.2 percent of it was earned by Spanish ecommerce websites. The remaining 42.9 percent corresponds to purchases originating in Spain carried out through online stores in foreign locations. In terms of transactions: 45 percent of sales happened on Spanish websites, while 55 percent were registered on foreign ecommerce websites. 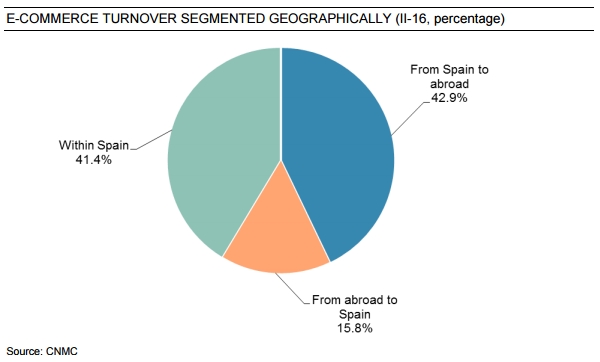