Soon it will be Christmas. And that means spending some precious time with your beloved ones, but Christmas is also about presents. And Europeans love to shop those presents online. As a matter of fact, in Europe 19.3% of online sales for the year will land dur­ing Christ­mas, which is a 10 per­cent increase over last year. And together, Europeans will spend 1.67 billion euros during peak online shop­ping days across the countries.

These numbers come from the Adobe Digital Index 2014 Online Holiday Shopping Forecast, an analysis of more than a trillion visits to 4,500 ecommerce sites during the last seven years combined with data from 5,000 major companies. It also shows that mobile shopping in Europe will grow 38 percent, outpacing the United States. In Denmark there’s even a projected growth in mobile online shopping of 56 percent.  The highest percentage of mobile shoppers this year can be found in the United Kingdom, where one in four Christmas transactions will happen via a mobile device.

Expected online spend on largest shopping day
Adobe also analyzed the expected online spend on the country’s largest shopping day. In Germany, most money will be spent online on December 8th. During that day, the German online consumers will spend about 438 million euros. This is followed by France (€382mn on January 7th) and the United Kingdom (€357mn on December 1st). Together customers from these eleven European countries will spend 1.67 billion euros during these peak online shopping days. 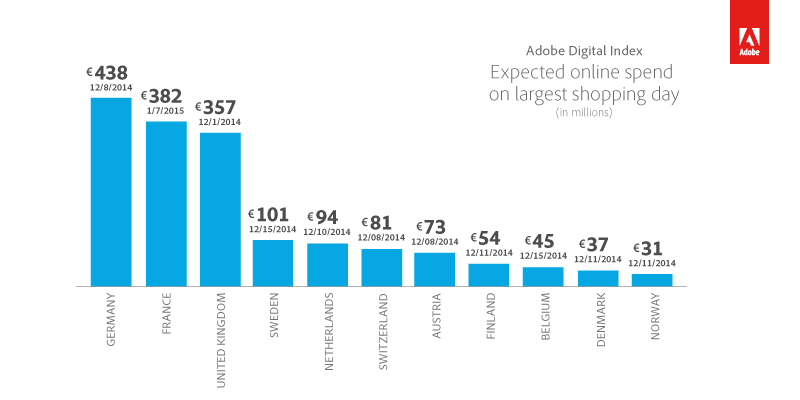 Adobe also looked at what the average consumer will spend online. It seems that the Swedes, Swiss and Fins will spend at least 10 euros per person. 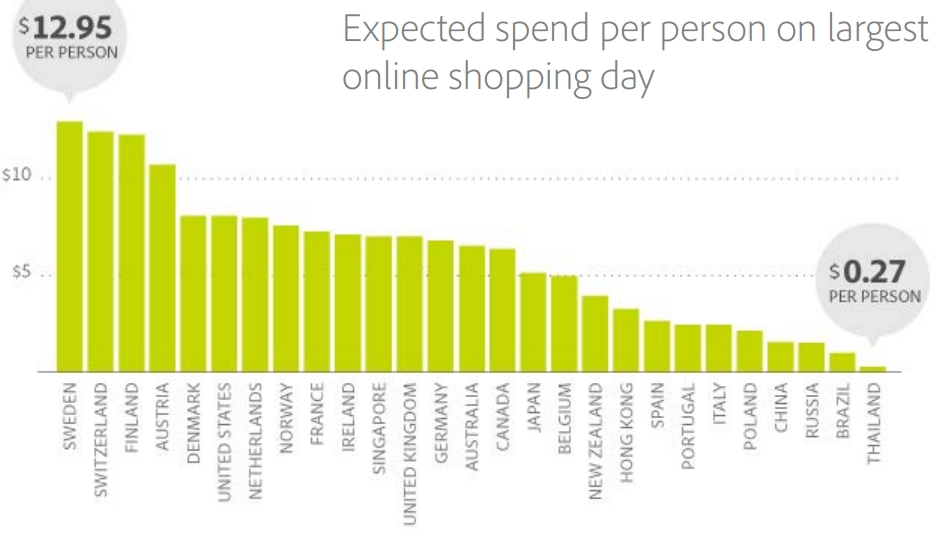 Swedish consumers also rank high in terms of mobile share of sales. Together with consumers from the United Kingdom, Ireland and Norway the people from Sweden are the most mobile shoppers. 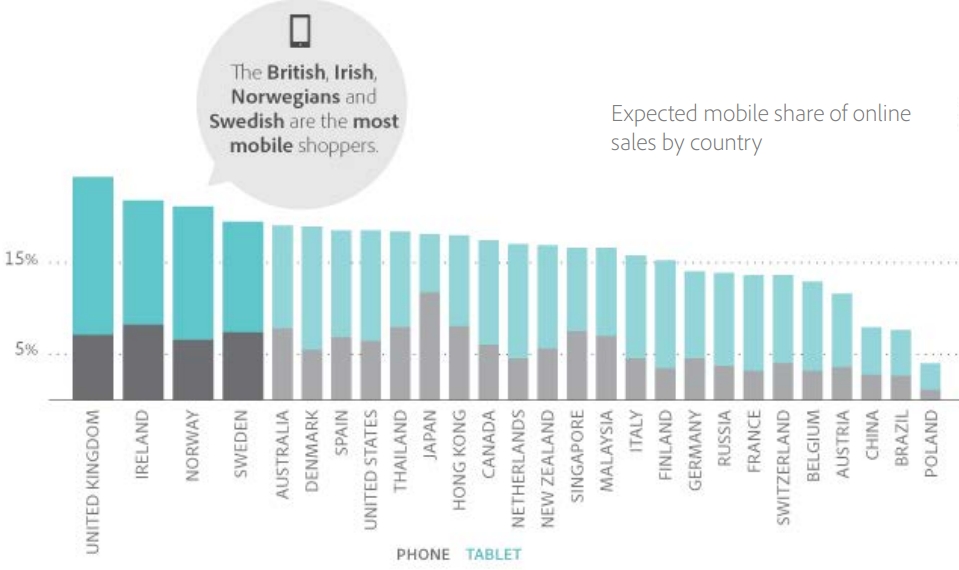