The Finnish postal service Posti Group had run some tests with drones for parcel delivery. At the beginning of this month, the postal company let drones fly while transporting parcels between mainland Helsinki and Suomenlinna, an island fortress about five kilometers from the Finnish capital.

Posti Group is testing ways to make online shopping quicker and better for both sender and recipient. The test with drones is just one of those ways. The Finnish postal service told Reuters it’s the first company in Europe to experiment with drones for mail delivery in an urban area, with a flight path that is partially obstructed. Posti started the four-day test on September 2, dispatching parcels weighing up to three kilograms.

The first drone that was part of the experiment arrived some distance from the landing zone. The drone pilot chose to modify the flight trajectory because of the wind. According to Jukka Rosenberg, senior vice president of parcel and logistics services, it could take them two or three years before they have everything in place. Partly because of the regulations that are required.

Posti Group is a Finnish company that focuses on postal, logistics, ecommerce and financial process services. It has operations in eleven country and handled 32.6 million parcels last year. 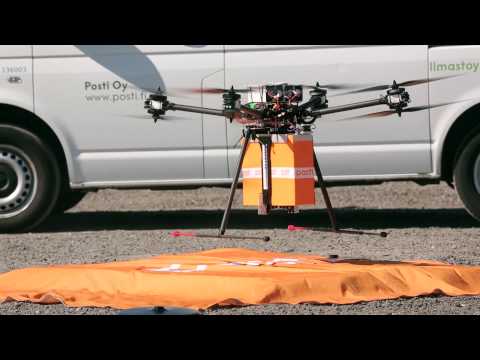