This is the conclusion of Zanox, which presented its Mobile Performance Barometer 2015. The company analyzed data from 2,000 advertiser programs in the United Kingdom, France, Germany, Spain, Italy, Benelux, Scandinavia and Eastern Europe. With an 82% increase in mobile transactions and a 105% increase in mobile revenues, 2014 has outperformed 2013, which was already quite a successful year (+95% in mobile revenues, +64% in mobile transactions compared to 2012). As a matter of fact, each month in 2014 saw an increase both in transactions and revenues compared to the same month the year prior.

Motivate customers to shop using their smartphones
Although, mobile transactions and revenues are still increasing every month, it’s still only 10% of all revenues that comes from mobile devices. Tablets are the main drivers in mcommerce with 7% of all revenues generated via these devices. “But this surely does not mean that smartphones are losing in this comparison, it is actually the opposite: they have a promising future”, Zanox says. “Just looking around, everyone is using them. Now it’s time to motivate the customers to actually consume via their smartphones opposed to just browsing.” 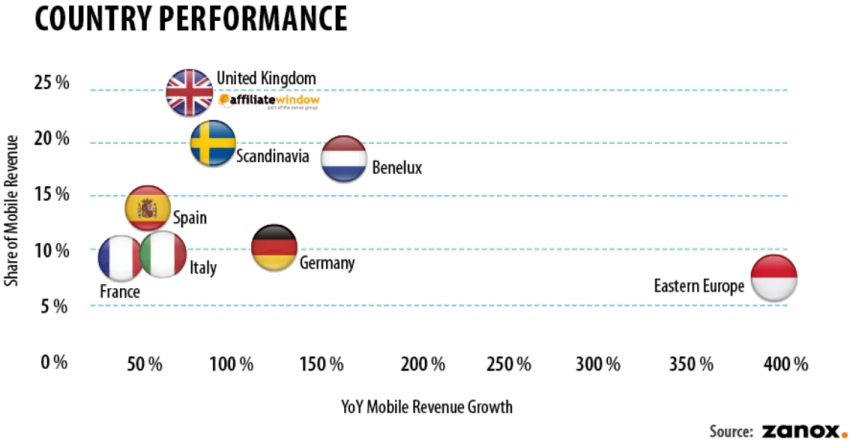 Android or iOS?
Zanox also looked at the revenue share by device. The iPad and iPhone from Apple are still the main drivers in this case, while Android smartphones are the only devices to see a decline. Their share and actual revenue amount has decreased compared to 2013. When we look at the transactions by operating system, Android keeps growing year on year to the disadvantage of iOS, Apple’s mobile operating system. They split the market (iOS: 53%, Android: 45%) but whereas Android grew from 35% in 2013, iOS lost ground as it has a market share of 62% in 2013. 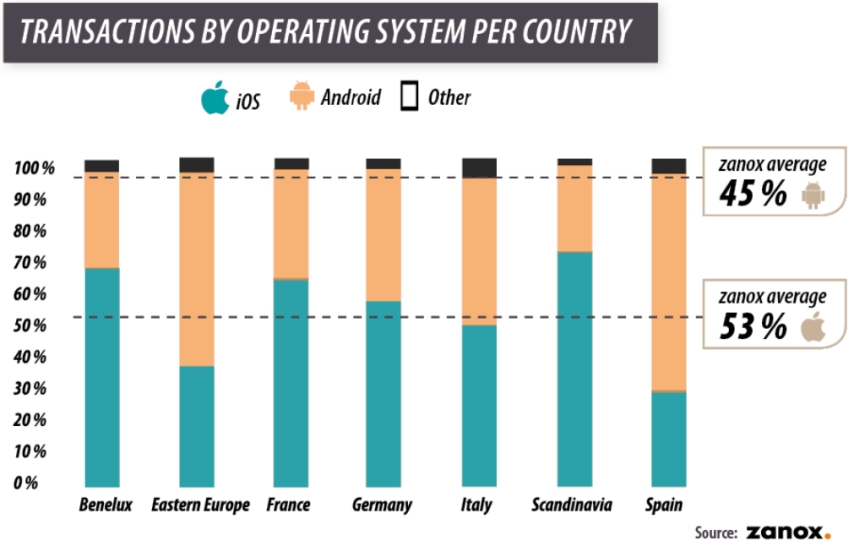