The most popular ecommerce websites in Ukraine

Ecommerce is getting more and more popular in Ukraine. In June, about 13.6 million internet users visited online stores in the Eastern European country, which is 1.3 million more than in the same period last year. And these are the most popular ecommerce websites in Ukraine.

Online store Rozetka is the most popular ecommerce website in Ukraine, based on information from Gemius. The retail company, which was founded in 2006 and started with selling mostly consumer electronics, welcomed 6.7 million internet users on its ecommerce website this June.

Another very popular ecommerce site in Ukraine is OLX.ua, a website that lists many classified ads and attracted 5.5 million visitors during the same month. And Prom.ua welcomed about 4 million visitors in June. 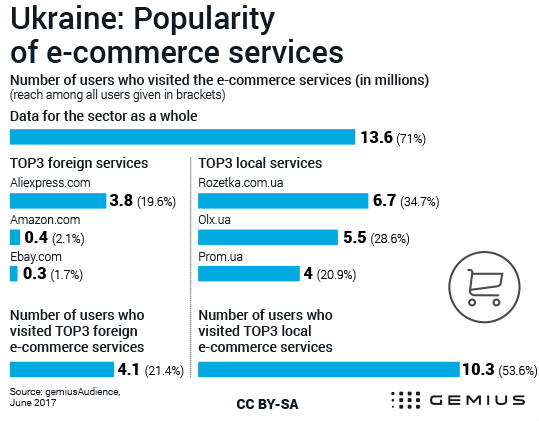