December 14, 2022 by Pleuni. About Marketplaces, Statistics with tags Europe.

The selling of pre-owned items is growing in popularity. In 2021, the European recommerce market was worth 75 billion euros. It is expected to grow 60 percent by 2025, to 120 billion euros.

Many online marketplaces have added services where customers can sell their pre-owned items, such as Zalando. However, there are also a growing amount of marketplaces where consumers sell previously owned items to buyers who reuse, refurbish, recycle or resell them. This is called recommerce. Lithuanian marketplace Vinted is an example of such a c2c recommerce marketplace.

According to a study carried out by Cross-Border Commerce Europe, recommerce marketplaces are growing 20 times faster than the overall retail market. Up to 2025, the recommerce market is expected to grow its market share from 10 to 14 percent.

93% of consumers say inflation impacts their decision to buy pre-owned.

The growth of these marketplaces is accelerated by inflation. “At least 93 percent of consumers say inflation impacts their decision to buy and sell pre-owned goods with an increasing emphasis on making and saving money”, the study says.

Overall, eBay is the largest recommerce marketplace, as the sale of second-hand, refurbished and repurposed items has been a large part of that marketplace for a long time. When looking at specific categories, the study shows that consumer electronics have a market share of 11 percent in the recommerce total market. Additionally, the study found out that nearly half of all online car trade is recommerce. 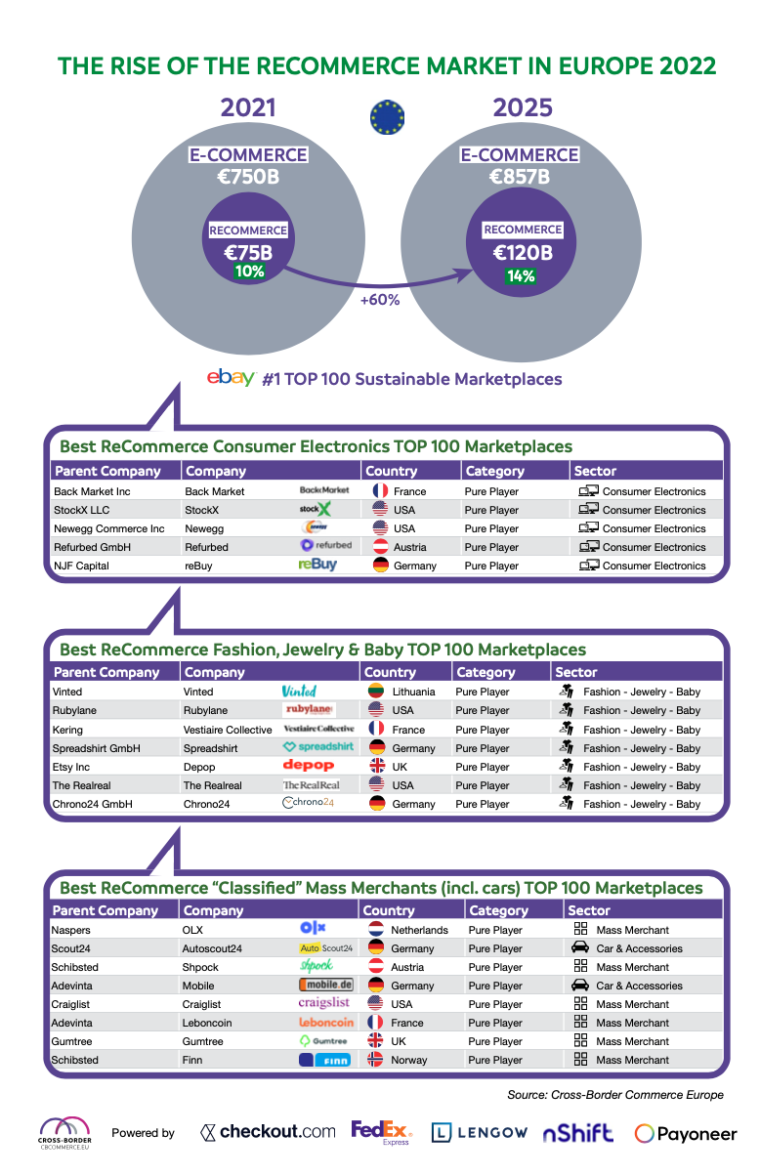