It is said that mobile commerce is the future of online retail. If that’s the case, online retailers should have their own app, so consumers can shop online more easily. But developing an app can be very expensive, that’s why some online retailers ignore this opportunity. Dutch mcommerce software company JMango360 wants to change this and offers retailers a cheap way to turn their Magento store into an app.

JMango360 is a relatively new player on the Dutch market. But that doesn’t mean they don’t play a significant role. On the contrary, it just won the Magento Innovation Award during the Meet Magento Awards that took place in Utrecht on 27 until 29 May, and the company was also nominated for the Magento Extension Award. And five months ago it won the award for Best Mobile Innovating during the 2014 Tech Trailblazer Awards.

Former PayPal Benelux boss is now the CCO
So, this startup is being recognized by both juries and the public. We expect the company to gain even more traction in the apps platform market in the near future, as they now have Eelco van Wijk appointed as their new Chief Commercial Officer. Before this, Van Wijk was the General Manager of PayPal for the Benelux region for seven years. And before that, he led the e-business departments for TNT and Logica.

Van Wijk told us how online retailers nowadays actually can’t do without having their own mobile app. “But the big players have the financial resources to invest in such things. The small and medium-sized ecommerce companies lack this kind of money.” And that’s where JMango360 wants to come in. With this mcommerce software platform, retailers can make their own mobile app for iOS and Android (Windows Phone integration is planned at the end of this year). 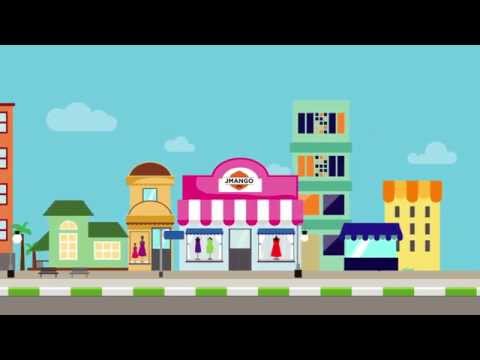 ‘1,000 clients at the end of 2015’
The company currently has about 80 clients, but at the end of this year Van Wijk wants to have around 1,000 clients making apps using JMango360’s software. One way to achieve this goal, is the strategic partnership with communication company MultiCopy.

JMango360 doesn’t keep its focus solely on the Netherlands, it also wants to be active abroad. “Of all 1,000 clients we want to serve, I expect that about 20 percent will come from abroad. We already have clients from countries like Mexico and Australia, so I’m confident we can also conquer the rest of the world.”

For now, the company is currently only integrated with the ecommerce software of Magento, but more software companies are expected to join in the future.