Swedish banks want to use Swish for ecommerce

Swish, an app owned by six Swedish banks, can soon be used for ecommerce transactions. The payment solution that enables consumers to make real-time payments using their mobile phone has introduced a consumer-to-business solution and now wants to expand its service to the ecommerce sector.

It’s been over two years since six Swedish banks (Danske Bank, Handelsbanken, Länsförsäkringar Bank, Nordea, SEB and Swedbank) joined forces and launched a mobile app called Swish. Its goal was to let consumers use their mobile phones to make payments and transfer money to someone else’s bank account. The money gets sent in real-time between the bank accounts and consumers subscribe to the service via their bank.

Competitor to iZettle and Klarna
In August 2014 the mobile payments app had more than one million active users and this number has doubled ever since. It now wants to challenge with players like iZettle in the corporate market and has announced places to take up the fight with companies like Klarna in the ecommerce industry.

Swish is primarily being used for transfers between two persons who want to split the bill or for paying back debt in everyday life. But in July 2014 it expanded its service so it could also be used by businesses. And now the next step is introducing Swish into the Swedish ecommerce industry, Ehandel.se writes. 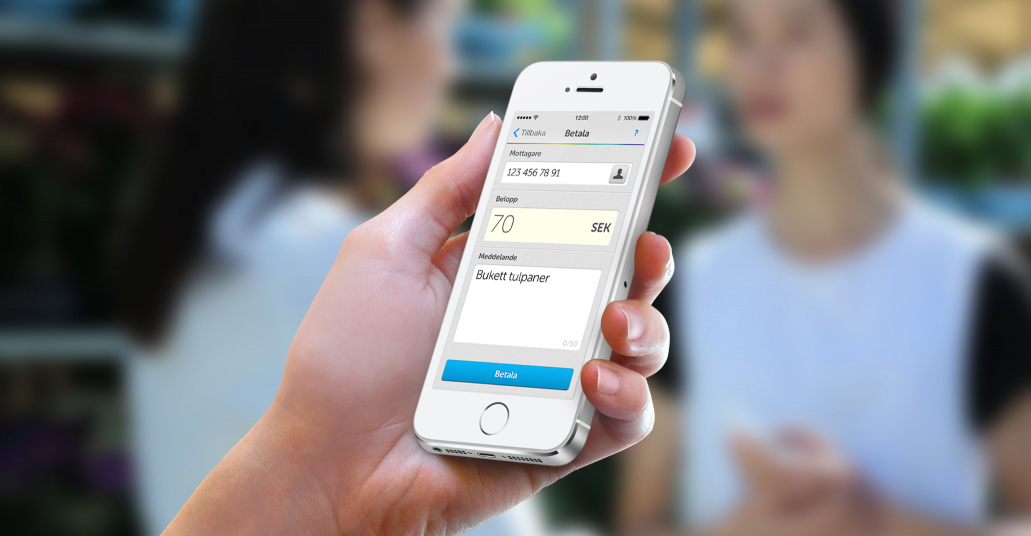 Swish is growing by over 120,000 users per month and in December 2014 over 1.69 billion kronor (€181 million) got transferred using the Swish app. The company expects to have over three million active users later this year.

For companies, the app costs between 1.5 and 2 kronor (€0.16-€0.21) per transaction and is a direct competitor to the hyped payments solution iZettle. The biggest difference is that retailers and other companies need to have a small card reader in order to accept payments, while this isn’t necessary for Swish. Other competitors for Swish are Klarna, Seamless and Whywallet, a mobile payment solution from telecom operators.