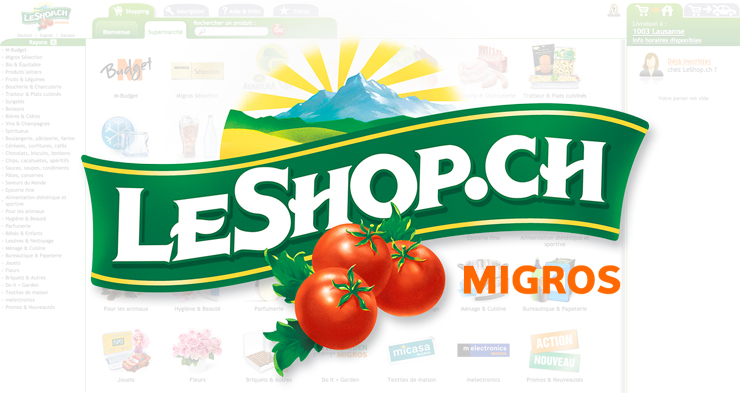 LeShop is expanding across Switzerland and now offers deliveries in more than 43 cities across the country. The online supermarket made some changes to its business, which may have led to the revenue boost. It now offers more precise delivery times and an increased number of collection points.

Mcommerce became a little more important for LeShop, as it has received 1 percent more orders through a mobile device than it did last year. Mobile orders now account for 40 percent of all orders. Growth was also noticeable in Drive sales, which exceeded home delivery sales growth. In 2012 it opened its first drive-through click-and-collect service and the second one came two year later. LeShop currently operates 17 PickMup collection points, which is six more than it had last year. “The demand for convenience is continuing to grow strongly. Having groceries delivered is becoming the norm amongst the general population “, CEO Dominique Locher said.

About the PickMup collection points, Ernst Dieter Berninghaus of Migros said: “They are a strategic milestone. We are the first grocer to give our customers the option to shop across multiple store formats. In rolling out PickMup, Migros is seeking to place 90 percent of the Swiss population within 15 minutes (maximum) by car of their nearest collection point.”

1.8% of food is purchased online in Switzerland

The total food industry in Switzerland is said to be worth about 43 billion euros. It has great online potential. According to Locher the volume of the food market is underestimated. “Currently only around 1.8 percent of food is purchased online in Switzerland. A single percentage point more corresponds to a sales growth of 430 million euros.”