January 25, 2016 by Ecommerce News. About Marketplaces with tags The United Kingdom. 3950 views.

The British company Fancy Me has received many complaints after one of their costumes went viral. The UK online retailer sells ‘wartime refugee’ costumes and many customers are now furious. The outfits are said to be insensitive in the light of the ongoing migration crisis in Europe. 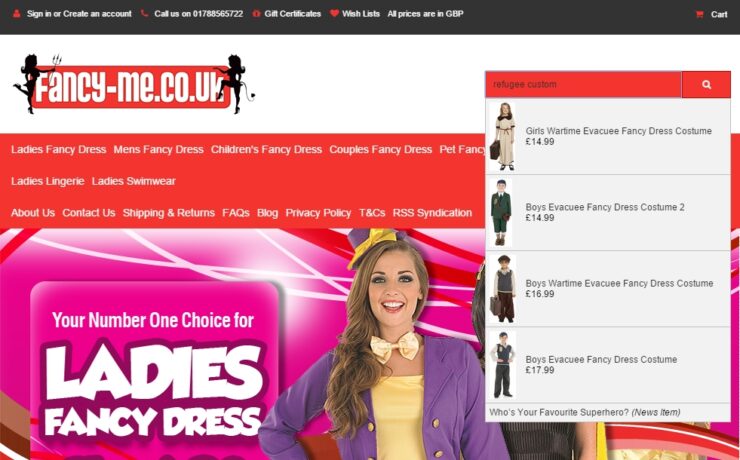 Oliviero Forti, who is the director of the immigration division of one of Italy’s largest Catholic charities, told the English newspaper he denounces sales of these costumes as “shameless”, as refugee children are dying every  day in an attempt to cross into Europe. “My criticism is not aimed at Amazon, but rather at the British company selling the costume”, Forti said. “It is a question of good taste and of having the courage in certain moments to recall products that are no longer appropriate.”

Amazon Italy and Amazon Germany decided to pull the criticized products from its website, but consumers can still shop for them at Amazon UK.