Wehkamp will offer all of its Dutch customers same day delivery later this year. Thanks to the new distribution center it will open next month, the online retailer will be able to offer this option to online shoppers in the Netherlands.

On September 23, king Willem-Alexander will open Wehkamp’s new distribution center in Zwolle, Wehkamp has reported. The distribution hub is 53,000 square meters big and can store more than 4 million products, which will be ready for delivery just half an hour after the order has come in. And that means same day delivery is possible. For the same day delivery service Wehkamp, acquired by Apax last month, partners with DHL Parcel that already delivers Wehkamp’s parcels.

Andries van Daalen, director operations at Wehkamp, spoke about their ambition to deliver the same day back in 2013 during the E-Fulfilment Expo in Utrecht. Now it has become reality. But to be able to do that, Wehkamp first had to build a new distribution center. Since 1960 it used a facility in Dedemsvaart, but now all 200 employees will move to the new location in Zwolle, which has cost the company about 100 million euros. 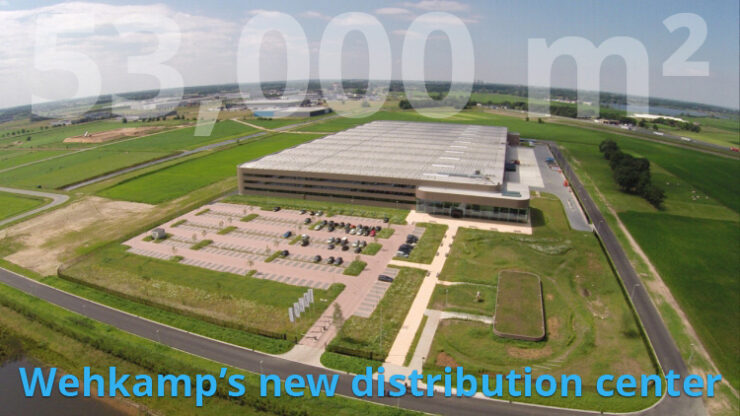 Sustainable solutions
According to Wehkamp, on the roof of the new distribution hub will be the biggest solar field of the Netherlands. This should fulfill 40% of the distribution center’s electricity needs. “In addition, it will also use seasonal thermal energy storage and we have created an ecological garden. This way we do not only provide a faster delivery to the customer, but we do also less damage to the environment”, the company explains.

Competitor Bol.com also offers same say delivery
Two months ago, Bol.com, the biggest online retailer in the Netherlands, introduced its own same delivery service. Customers who place an order before noon, can then pick up their package at an Albert Heijn store before 5 o’clock in the afternoon.

Active in: The Netherlands