What can Europe do against American retail giants? 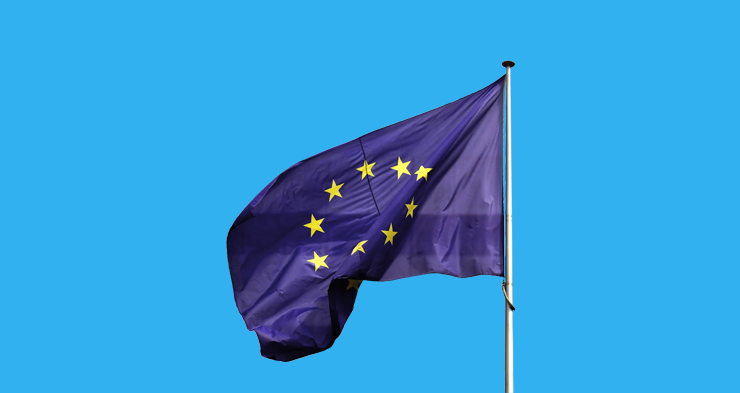 What does Europe has to offer oppose the digital superpowers Amazon, Google, Facebook and Apple? Well, virtually nothing. But that can change, says ‘ecommerce professor’ Gerrit Heinemann. His plan is called ‘VEZOS’, a play on words with Jeff Bezos, the founder of Amazon.

Heinemann explained ‘VEZOS’ to German media magazine W&V. The German economist first explains how American retailers like Amazon and Walmart and tech companies such as Apple, Google and Facebook dominate lots of industries. Amazon generated 107 billion dollars in sales and has grown 20 percent in recent years, making this “killing machine” something you can’t catch up anymore. Walmart, the largest retailer in the world, generated a lot less online than Amazon. But earlier this year, the retailer announced it would invest about 2 billion dollars in the development of its ecommerce platform.

Amazon is a member of the unofficial group “GAFA”, also consisting of Google, Apple and Facebook. Together, these companies control about 400 billion dollars of trade volume. In Asia, an adversary has been formed against these American companies. Together, Tencent, Alibaba and Baidu (TAB) also control about 400 billion dollars in trade volume. But which group does this for/in Europe?

Heinemann admits the conditions in Asia, the United States and Europe aren’t fully comparable. In Asia, marketplace giant Alibaba could grow so hard, because there was no real existing retail structure before in rural China. It could find lots of retail niches which it filled up quickly. But in Europe, everything was already taken care of in the retail industry. Every citizen is basically able to go shopping around the corner relatively quickly with little effort. And there’s no supply problem as in China or in rural areas of the United States. But in Europe, the digital base is still under construction, both in terms of the network infrastructure as well as in terms of legal harmonization, something it wants to fix with the Digital Single Market.

According to Heinemann, Europe provides excellent conditions for the digital battle, which has not yet been played. He thinks Europe can compete against retail giants such as Amazon if they focus on VEZOS:

Nowhere in the world there are so many well positioned brands such as in Europe, be it in fashion, sports, cars, entertianment, home decor and more. Succesful vertical retailers like Ikea, Inditex, H&M and Aldi are all from Europe.

More than 70 percent of retailers are organized in trade associations. “As a platform they offer they best conditions for digitization, but so far they have completely in this area.” But hopes dies last. In Europe, we have for example Vente Priveé as marketplace solution.

“European pure players such as Zooplus, Asos, Windeln.de, Thomann, Reuter-Badschop who all specialize in a few product categories could exist well against Amazon.”

Former catalogue companies such as Otto, Baur, Unito or NBrown now generate most of their sales aside from their catalogues and are well on their way to transform digitally.

“All stationary dealers, whether they are large or small, chain stores and solitaires should wake up to mobilize. Each digital activity would be a measure against the barrage of Amazon.”

Heinemann concludes by saying the play-offs in the digitization league have kicked off long ago and that “it’s about time Europe brings VEZOS to the court against GAFA and TAB.”