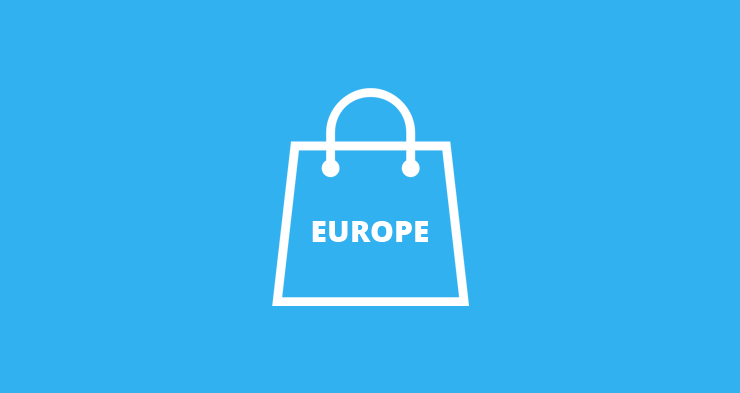 There are over 800,000 online stores in Europe, research from Ecommerce News Europe in collaboration with Dataprovider shows. These online stores are widely spread across the continent, but most ecommerce websites can be found in Germany, the United Kingdom and the Netherlands.

It’s always hard to find out the exact amount of online stores in a country or, even harder, in the whole of Europe. Organizations like Ecommerce Europe and Statista have made some good estimated guesses in the past and we share these ecommerce statistics regularly.

Recently, we’ve partnered with Dutch data company Dataprovider to find out how many online stores there are in Europe. Dataprovider is able to measure this quite accurate, thanks to machine learning. “Our spiders have been manually trained to recognize online stores based on a number of specific features. As a result, we are able to estimate 98 percent correctly, as it’s always possible that now and then we index an online store incorrectly”, Iris Rigter from Dataprovider tells us. 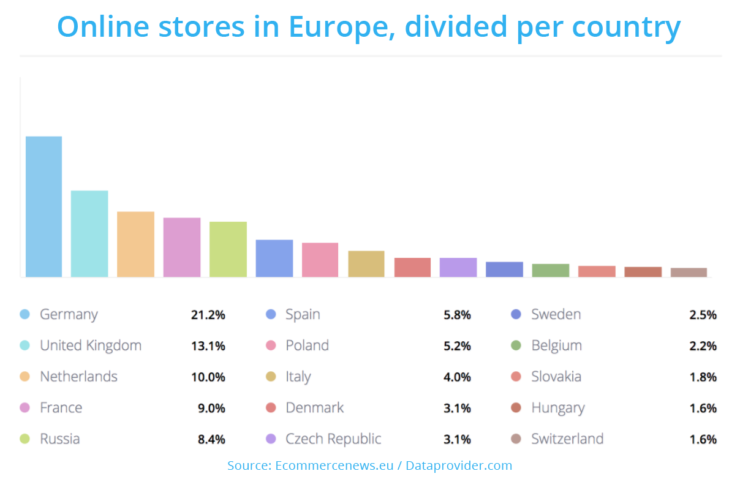 Surprising, because the Netherlands are a small country with just 17 million inhabitants. But the Dutch are well-known for their high internet penetration rate and the fact eBay or Amazon didn’t enter the market for years. As a result, ecommerce software providers from the Netherlands had enough time to further develop itself and build software solutions that are very popular among smaller retailers.

Top 5 accounts for two-thirds of all European online stores

France ranks fourth with almost 75,000 online stores, while Russia follows with over 69.000 ecommerce websites. Together, these five countries account for almost two-thirds of all online stores in Europe.