Austrian shops generate only 8% of ecommerce in Austria

Consumers in Austria like to shop online, but apparently they don’t like to do this at local online stores. Only 8 percent of all online sales generated in Austria go to a purely Austrian ecommerce company.

A significant 64 percent go to foreign players, such as Amazon, Zalando and H&M. Amazon alone accounts for 11.3 percent of all online sales, data from RegioData shows. And then there’s the remaining 28 percent that goes to companies that have an Austrian branch, but are in foreign hands. These covers companies such as MediaMarkt or Otto.

Ecommerce in Austria worth over 8 billion euros

It’s estimated that ecommerce in Austria is worth 8.02 billion euros (with services such as online travel agencies and meal deliveries not included). When looking at the largest ecommerce companies in Austria, it shows that foreign players dominate the ranking.

The first pure Austrian ecommerce company can be found on the 7th place.

First on the ranking is Amazon, which generated sales of over 900 million euros among Austrian customers. It’s followed by Unito, which is represented in Austria through the brands Universal, OTTO, Quelle, Lascana and Ideas for Home. 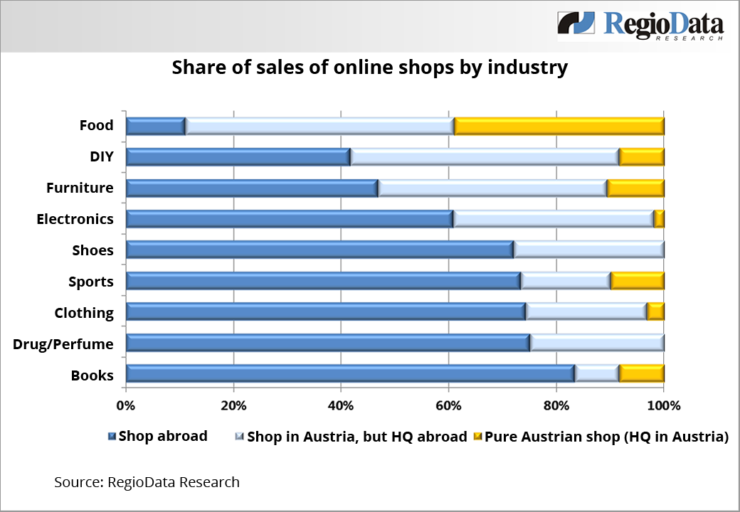