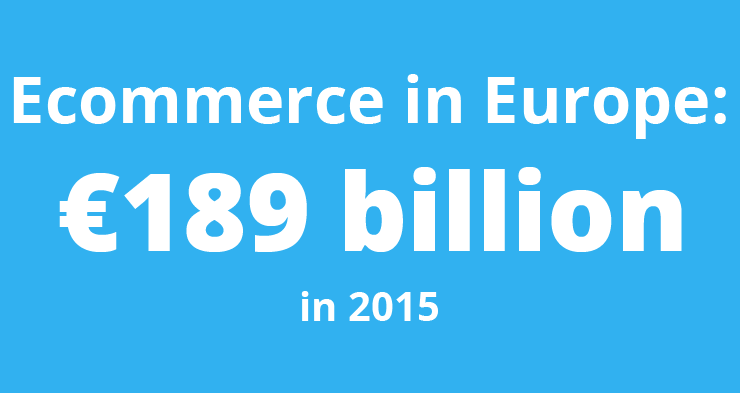 Ecommerce in Europe is still growing. Last year, about 253 million Europeans bought products or services online with a total value of 189 billion euros. That’s 9 billion euros more than the year before. About 176 million European consumers also shopped online from abroad, which is an increase of 17 million in a year.

(The value of 189 billion euros is a huge difference from the 455 billion euros ecommerce in Europe was worth according to Ecommerce Europe, but both organizations use different calculations and PostNord only researched 12 European countries.)

These data was shared by PostNord, which published its annual report about the online buying habits and preferences of European consumers. And these consumers are becoming increasingly mature in their online buying behavior, which has led to their demands increasing as well. Especially in terms of delivery.

‘Listen to and understand customers’

“The consumers of today want a range of options and constantly updated information on delivery status”, Karin Falkentoft says. She’s the managing director of Direct Link Worldwide UK, a PostNord company. “This has made delivery into an important issue in creating value for online businesses and carriers, and it’s important to both listen to and understand consumers’ wishes. It’s absolutely vital to be able to offer customers locally-adapted and seamless delivery arrangements”, she says.

PostNord interviewed more than 12,000 consumers in twelve countries across Europe. This way it discovered there are clear differences in how European consumers want their orders delivered. Home delivery for example, is big in many European countries, but in Germany, the Nordics and France, mailbox deliveries by the mail carrier are more popular. Delivery to a collection point isn’t that popular in most European countries, but consumers in the Nordics and France like to pick up their goods at a collection point, as it is the second most-popular delivery method in these countries.

More and more European consumers expect their goods to be delivered quickly. Especially the Dutch are kind of impatient: almost four out of ten people in the Netherlands want their orders delivered in two days max. Consumers in the Nordics are the most patient, they are prepare to wait for up to all of six days or more. In every other market, the majority expects deliveries within three to five days. The difference between the Netherlands, the Nordics and the rest of Europe can be explained by the fact that the road density in the Netherlands is very high while in the Nordics it’s very low.

Cross-border ecommerce is getting more popular

According to PostNord, the share of people who have shopped online at foreign websites is rising steadily in all markets. Cross-border ecommerce is especially popular in the Nordic countries, the United Kingdom and Belgium. The biggest increase can be found in Poland, with a 12 percentage point growth. In Europe, the United Kingdom and Germany are the most popular countries to buy online from. China is the most popular non-European country for shopping abroad.

PostNord also took a look at popular payment methods and found that how consumers want to pay varies from county to country. “So locally-adapted payment systems are an important key to success for ecommerce businesses.”

Customers in Italy and Spain prefer to pay with PayPal or similar services. These methods are also popular among buyers in the United Kingdom and France. Their favorite payment method however is using a debit or credit card. In Germany and the Nordics, consumers prefer to pay via invoice, and in Poland, Spain and Italy consumers like to pay cash on delivery.