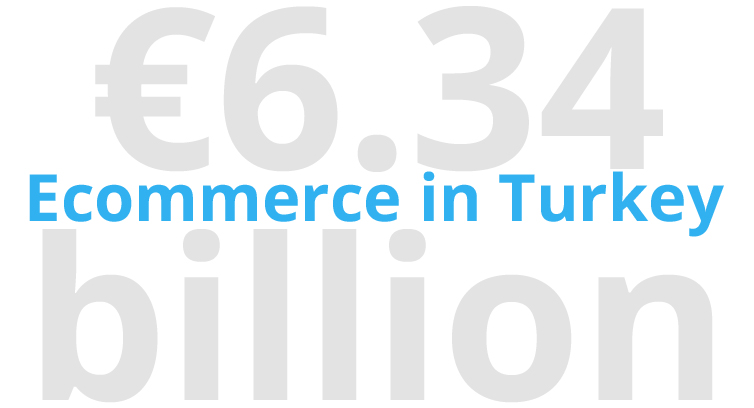 The ecommerce volume in Turkey has reached 18.9 billion Turkish liras (6.34 billion euros) last year, after it increased by 35 percent in 2014 compared to the previous year. Ecommerce in Turkey now represents 1.6 percent of all retail business in the European country.

This was announced by TUBISAD, the Turkish informatics industry association. Kemal Ciliz, who is the chairman of the association, said the country’s economy is now in a period of relatively slow growth, while the ecommerce volume showed a strong increase in the share of retail spending. However, ecommerce in Turkey is still not at the desired level, he said.

According to Ciliz, the ecommerce sector still lacked a solid legal background and proper regulations in order to grow further. Something that’s needed, taking into account ecommerce in Turkey represents 1.6 percent of retail business, while this share is about 6.5 percent in developed countries.

On the other hand, there has been an increase in mobile payments recently, as noted by Soner Canko, the chairman of the Turkish Interbank Card Center. “One of every two transactions that take place on a website, is conducted via a mobile device”, he revealed.

According to Burak Ertas, a member of TUBISAD’s board of directors, Turkish people are accustomed to using credit card for paying in-store, but that it would take time for them to make the transition to using those credit cards while shopping online.