Two major ecommerce sites in Ukraine have shared their results of 2014. B2B and B2C marketplace Prom.ua and classified ads website OLX.ua can look back at a good year, with a growing number of visitors, increasingly popular product categories and more.

OLX.ua analyzed data from its own popular website and noticed that the most actively growing product categories are clothing, footwear and household goods. The ecommerce website saw a 62% increase in the number of closed transactions via its websites, compared with 2013.

The most active buyers happen to live in Kiev and Donetsk. In Ukraine’s capital more than one in three transactions (34.3%) were concluded. In addition, there was a rapid growth of sales noticeable among Internet users from the western and central regions of Ukraine. Here the number of closed transactions on OLX increased more than twofold compared with 2013. 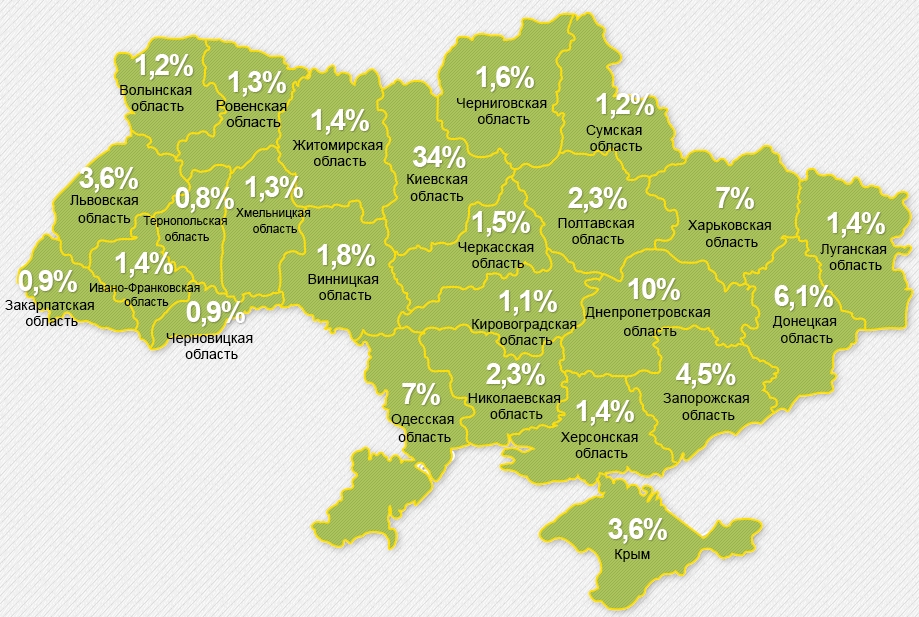 Popular product categories in Ukraine
The most popular on OLX is still “Real estate”, where 26.5% of all transactions happened. The second most popular section on the website is “Electronics” (18.7% of transactions), namely because of the sale of smartphones and computers. The product category “Fashion” took third place with a 14.9% share. More than 70% of these sales are for clothing and footwear. The fastest growing product category was “Baby products”. It grew more than twofold compared with 2013 and ended on the forth place, with a 12.1% share of sold products. 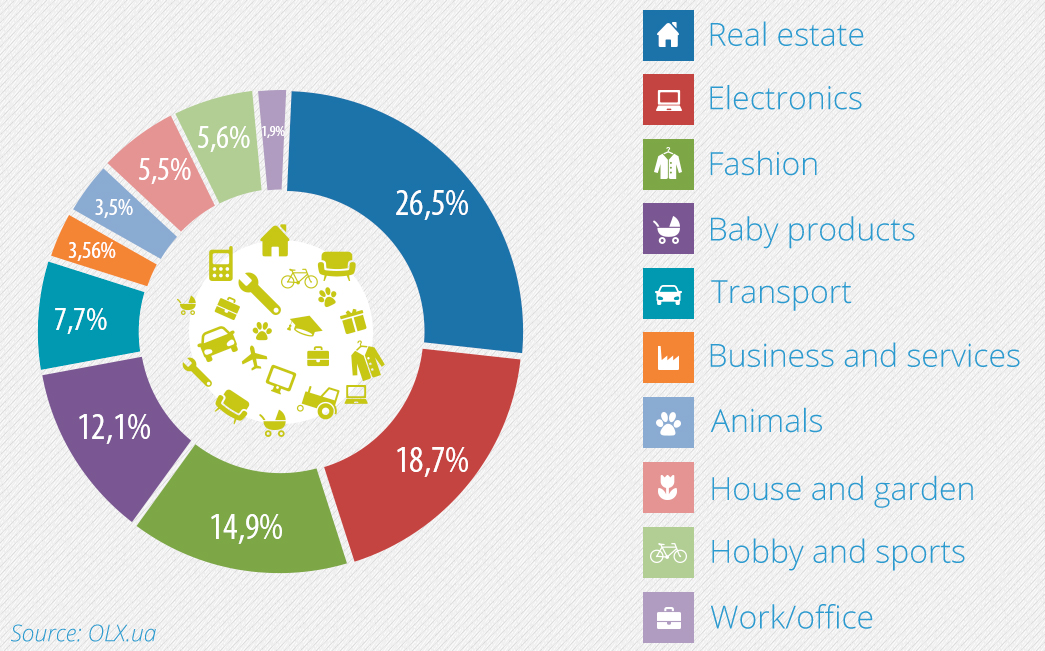 In addition to the traditional categories, OLX started a section called “Help wanted” in July last year, in which each person could leave a request for help by posting ads. During these six months about 6.5 thousand ads were closed, meaning help was provided and the requests were no longer relevant.

In 2014, OLX saw the number of users on its site increase by almost 20% and it expects this growth trends of users and transaction will continue in 2015.

Prom.ua in 2014
Another big ecommerce player in Ukraine has shared some insight on its results. In a blog post, Prom.ua says “last year was difficult for Ukraine in general and business in particular”. They continue: “Growth rates of online retailers have not reached the projected growth. But despite all the difficulties, Prom.ua was able to strengthen its position as a market leader in 2014 and we’ve noticed growth in all major indicators.”

Prom.ua’s monthly audience increased by 16% over the year. There were almost 11 million visitors in January, but this number grew to more than 12.7 million in December. The largest number of visitors was during the New Year’s period, while the least amount of visitors were being welcomed in the summer months (on average 9.5 million visitors per month). “This is easily explained by seasonal fluctuations in consumer activity”, the website says.

And the average basket value increased by 28% compared to 2013. The largest ‘ABV’ was found in September, when on average 692 Ukrainian grivnas, or €37.8 euros was spent.

Ordering online via a phone call
Data shows that one of the most popular ways of placing an order online was still via a phone call. “Because during the communication with the consultant, the client can specify all the details of interest to its service or product, as well as get a first look at a company’s quality of service before they decide to purchase something.”

In 2014, customers have placed more than 3.5 million orders. “This is as much as 103% more than last year”, Prom.ua writes. “These results were achieved not so much by an increased number of visitors, as by increased conversion. This suggest that the Ukrainians began to buy more online, and in particular trust online stores on the trading floor of Prom.ua more than they previously did.” 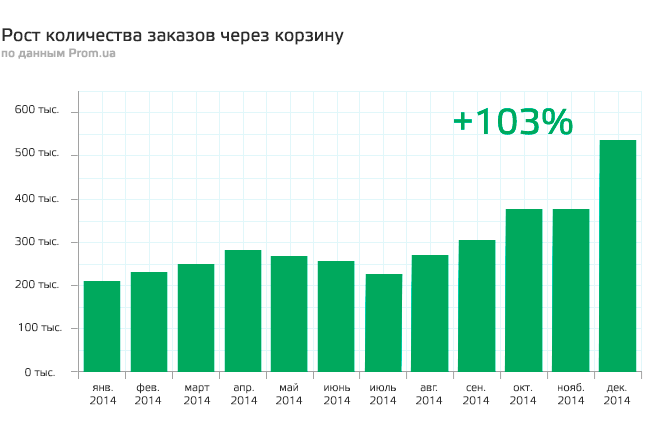 Record number of orders
In December 2014, Prom.ua received a record number of orders: over 502,000. This is 70% more than in the same period in 2013. The average basket value also increased in this month: it grew by 45% compared with the last month of 2013. “Analysts confirm that the New Year’s sale on Prom.ua is a great opportunity to increase sales.”

Prom.ua also checked the most popular product categories on its site. With more than 12.6 million visits it was “Clothing & Accessories”, where more than 835,000 orders were placed last year.