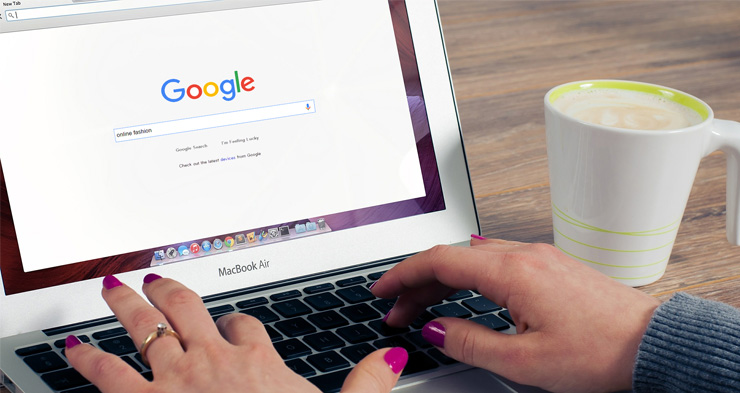 Lots of companies rely on digital marketing, so it’s important to understand how customers behave online. A new study shows that although direct traffic is the most popular source of visitors in general, visitors of fashion websites come more often through search engines. This is especially noticeable in the United Kingdom and France.

This is apparent from a new study [pdf], conducted by TextMaster and Similar Web. It explored traffic sources in general as well as in three of the most digital industries: fashion, apps, and news & entertainment. It found out that more internet users in the United Kingdom (42 percent) and France (39 percent) use search engines to get to fashion websites compared to internet users in other countries. Direct traffic was the most popular in Germany (36 percent) and display ads were most effective in Italy (11 percent). 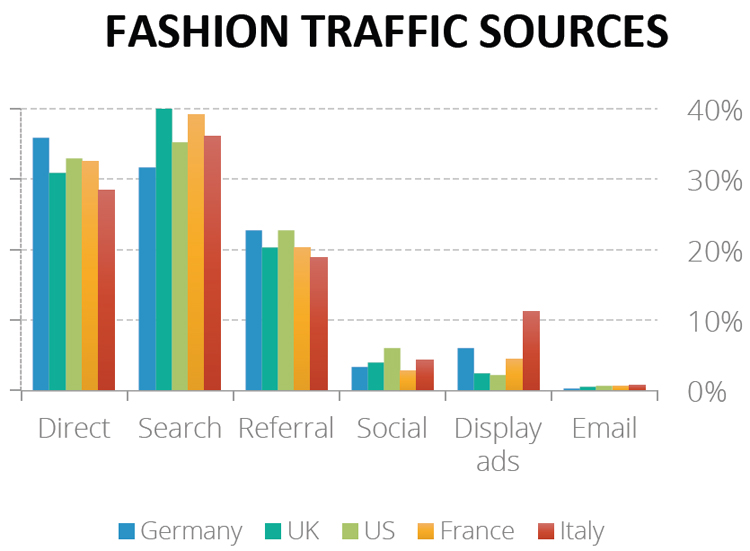 Similar Web also compiled an overview of top keywords in the fashion industry, with the top 5 per country. Zalando is popular in Germany and Italy, while Zara is hot in the UK, Germany and Italy: 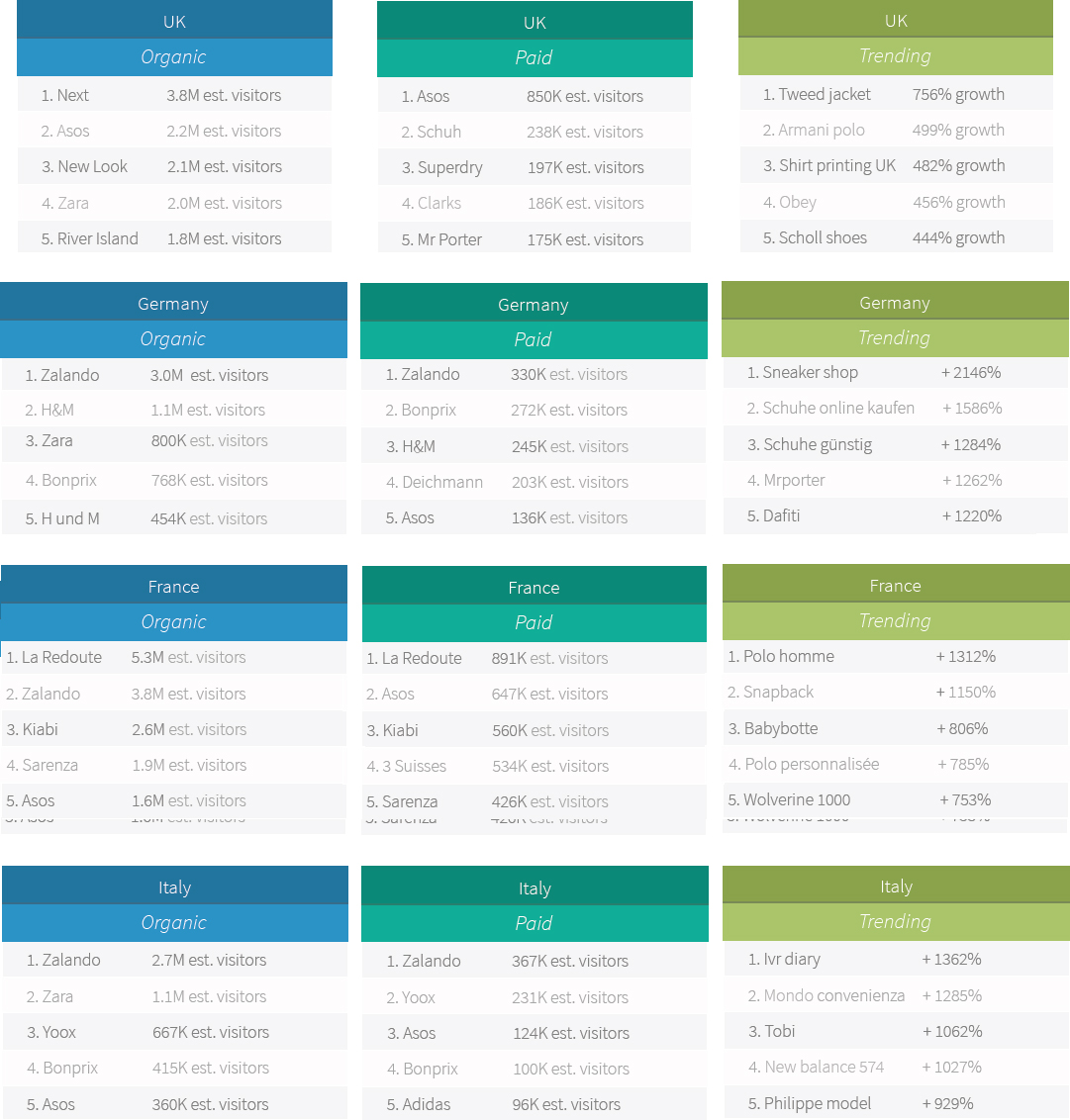