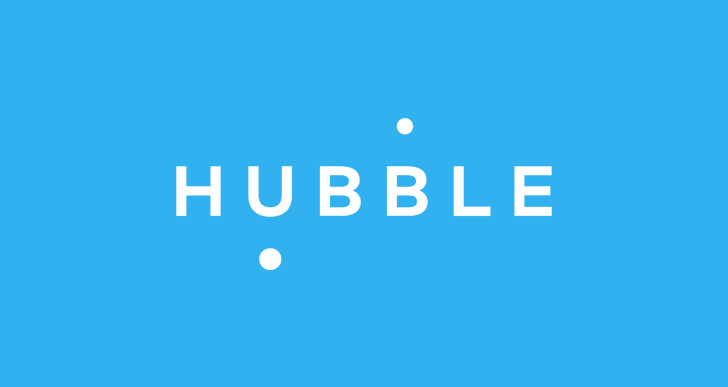 Hubble Contacts is worldwide the first player that delivers contact lenses directly to end-consumers on a monthly basis. In addition, the company focuses on daily disposable lenses, which was an almost undiscovered market when it launched in 2016.

Until the launch of Hubble Contacts, only a few manufacturers dominated the entire contact lens market. “Because of the lack of healthy competition, they were able to set prices that we thought were way too high. Our lenses cost about half of what they charge”, Sewell explains.

By releasing its own product line – in collaboration with a Taiwanese manufacturer – Hubble Contacts is competing with the established order. To immediately put the company firmly on the map, the player raised more than 75 million dollars in two investment rounds. “When we do something, we immediately take it big,” says Sewell.

When we do something, we do it big.

In the past years, the company has managed to attract hundreds of thousands customers who receive a box of daily disposable contact lenses for 30 euros per month. Most of its subscribers come from the US and Canada, but in Europe, where it has been active since 2018, Hubble Contacts is increasingly gaining ground.

In order to properly serve the thousands customers in Europe, Hubble Contacts is partnering with Dutch fulfillment company Active Ants. “It’s very important for us to have a strong fulfillment partner, because we manage the entire operation remotely”, the company’s Vice President of Supply Chain explains.

It was soon established that it had to be a Dutch fulfillment partner. “The Netherlands are known for their friendly and innovative business climate. For example, our fulfillment partners makes use of robots on a large scale, which ensures fast and reliable order processing. And that’s a must for us, as customers can’t do anything with lenses that don’t have the exact right strength.”

‘There is always a load on the way’

The ecommerce company has dedicated online stores in the United Kingdom, Germany, Spain, France, and the Netherlands. The focus is clearly on the major European ecommerce markets, but through an .eu domain it also serves the other countries in Europe.

In order to keep delivery costs as low as possible, Hubble Contacts uses letterbox shipments. “Active Ants is strong in cross-border shipments and, among other things, helps us with the correct dimensions for the packaging.” Sewell explains how European letterboxes do not only differ from American ones, but that there are also small differences between the member states.

Active Ants also helps in predicting the required stocks. “To keep costs as low as possible, we work with sea freight. This means I have to plan about three months in advance.”

There’s basically always a load on its way: both from Taiwan to the Netherlands and to Indianapolis, where the American and Canadian orders are processed. Within two months, an extra supply chain will be added, as Hubble Contacts is about to launch sunglasses and regular prescription glasses. For this, the company will work together with a Chinese producer.