Czech online optician Lentiamo is expanding in Europe again. The ecommerce company has now launched its online store in Ireland. From now on, Irish shoppers can order contacts, spectacles and sunglasses in the online Lentiamo shop.

The launch of an online store in Ireland marks the 17th country in Europe where Lentiamo, founded in the Czech Republic, is now active under one of its brands. One year ago for example, it expanded to the Netherlands. According to CEO Jiri Urban, his company chose to expand to Ireland, because there’s a very high proportion of people who wear contact lenses and glasses. “So, we must not miss this opportunity.”

‘No real competition in online retail of glasses in Ireland’

No matter how sales grow in the Czech Republic, the ecommerce company still wants to achieve 92 percent of its sales on foreign markets. Entering Ireland will help to achieve this, specifically through the sale of eyewear. The company claims there’s currently no real competition in the online retail of glasses in Ireland.

Lentiamo wants to achieve 92% of its sales on foreign markets.

Lentiamo not only has a clear goal of how much foreign sales should add to its total revenue, it also has set itself the goal of becoming the number one provider of eye care services in Europe. In May of this year, the company started selling prescription eyewear, which makes them compete with the biggest players in the European optician market. 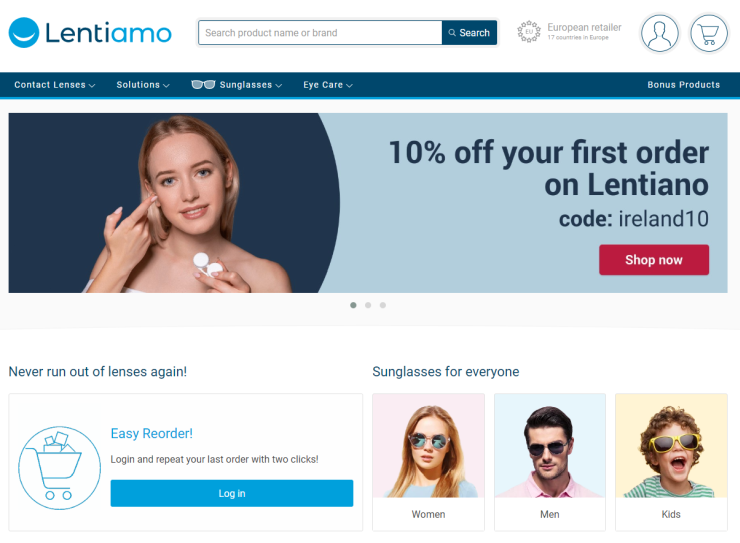