Zara, one of the brands from Spanish multinational clothing company Inditex, still believes in the power of ecommerce and is now preparing the launch of its online store in Romania. The date of launch is April 2, so Romanian fashionistas still have to wait till next Wednesday.

The Inditex Group already has 98 brick-and-mortar stores in Romania, divided over several brands like Zara, Pull & Bear and Bershka. Ten of those stores were opened last year. Last year Inditex also launched an online Pull & Bear store in Romania, and just over one week ago it launched its online store Massimo Dutti in the Eastern European country. Inditex is now present locally with all of its brands, except for Uterque. In 2012 it posted a total sales of EUR 150.6 million in Romania and a 14 percent profit rate. 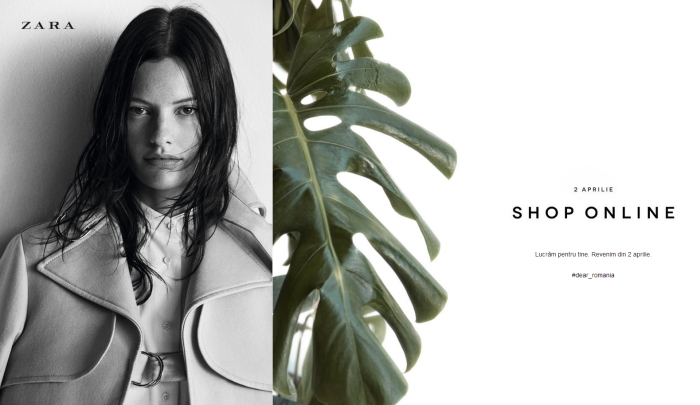 Expansion of the online platform
Inditex is working hard to expand its online platform globally. Several online stores were opened in Canada, Zara.com this year opened in Greece and Russia and there are online stores planned in South Korea and Mexico later this year. As a result the Inditex Group will be online in 27 markets worldwide.

In 2012, the Inditex companies in Romania posted a total sales of 150.6 million euros and a 14% profit rate. All seven brands saw increases in growth and proved to be profitable. Bershka is the brand which saw the biggest growth in Romania, as its earnings doubled from 2011. The biggest advance in turnover was achieved by Stradivarius with 47%.

About the online stores from Inditex
Zara Home launched its online store in 2007 and three years later Zara followed its lead by opening websites in several European countries (like the United Kingdom, Germany, France, Spain and Italy) and the United States, Canada, Japan and China. For Inditex, ecommerce is still one of the main keys to the growth of the clothing company. The online stores do not only provide sales, but also act as a “transmission element of our image, our product, our coordination; in short, what we call the outputs”, as CEO Pablo Isla puts it. “All this plays an extremely important role in our online activity. “

One week ago, the Inditex Group released some new data: net sales grew with 5% to 16.72 billion euros, while net income grew with 1% to 2.38 billion euros. 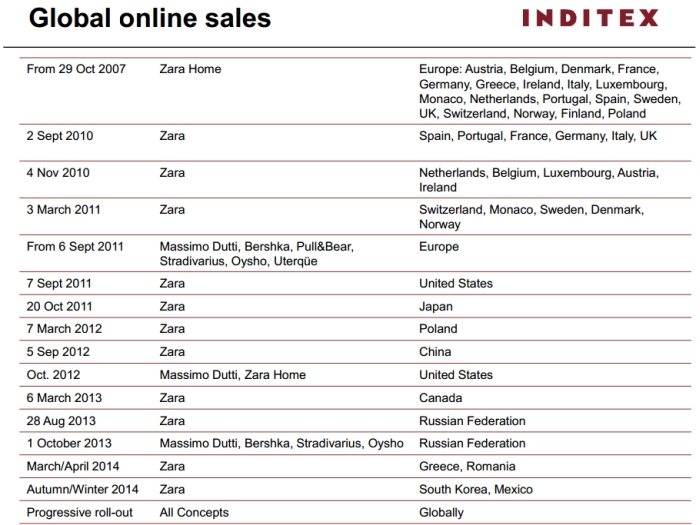