Smartmile expands in Finland and the Netherlands

October 27, 2020 by Ecommerce News. About Logistics with tags Finland, The Netherlands.

Smartmile is expanding its network of open and shared parcel automates. The company will install a total of 40 new lockers in Finland and the Netherlands.

The expansion is boosted by strong ecommerce growth, Smartmile explains. It’s now working with various parcel carriers and retail partners to place its automated at Lidl stores in Finland and the Netherlands, and at K-Group stores and some shopping centers in Finland.

The transportation of parcels to the machines are provided by DHL Parcel, DHL Express, Matkahuolto, Postnord and DB Schenker. Kati Nevalainen, director parcel services at Matkahuolto, says the number of parcels carried by Matkahuolto has grown significantly during this year. “Parcels of domestic online stores by almost 60 percent and parcels sent by consumers by almost 100 percent.” She says automates have been one of the key factors in this growth.

Automates are one of the key factors in Matkahuolto’s growth.

Picking up parcels at Lidl while buying groceries

“Smartmile’s shared parcel automates allow more and more customers to pick up their parcels from the Lidl store while going shopping simultaneously, doing both errands in one trip. This is especially important under the current Covid-19 regulations where governments are advising everyone to minimize the number of trips to different locations”, Jussi Hulkko from Lidl says.

Smartmile’s CEO Aku Happo says the Covid-19 regulations have boosted ecommerce volumes and strongly increased the demand for the company’s contactless and automated logistics service. “We are happy to offer more locations for online buyers and parcel carriers just before the peak season.”

The first batch of 10 automates was installed at the beginning of this month, which finishes up phase one of the planned expansions. Further installations will take place next month. 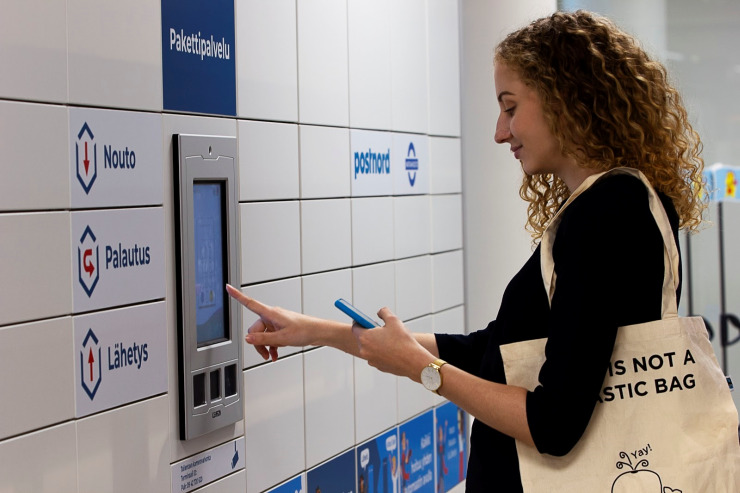