What will Brexit mean for ecommerce in Europe?

June 27, 2016 by Ecommerce News. About Cross-border, Laws and regulations with tags Europe, The United Kingdom.

The Brits have voted for Brexit, which means the United Kingdom will withdraw from the European Union. The whole process of withdrawal will probably take two years, but it’s certain Brexit will affect the European ecommerce industry. Here’s how.

On the short term, something is already happening. The British pound plunged to its lowest level since 1985 and dropped another 3 percent today. This impacts foreign retailers that accept orders from consumers in the United Kingdom. Products that are priced in, for example, American dollars will automatically become more expensive for British consumers.

Almost half of the top 500 biggest US online retailers ship to the United Kingdom, Internet Retailer found out, so they will probably see some not so positive effects of Brexit for now. A Payvision study of last year has shown that British consumers are the most likely to shop online cross-border, with 54 percent of them who have made at least one purchase on a foreign website. With a low pound, they will probably spend less at foreign ecommerce websites than they were used to.

For European citizens however, the devaluation of the British pound will make products and services purchased from British companies cheaper if they pay in another currency.

‘Reaching UK market more complex than it is now’

Brexit just became reality last Friday, but the real deal will probably happen over two years from now. Then the United Kingdom will leave the EU and its free-trade zone. This will make cross-border sales more complicated for American online retailers, Eric Heller from consulting firm MarketPlace Ignition told Internet Retailer. “Today our clients can land anything in any Amazon fulfillment center in the EU and be eligible for Prime shipping anywhere in the EU. It’s a shame that eventually goods will have to be sent separately to the U.K. This will make reaching that market a little more complex than it is today.”

According to consulting firm L2, digital products (such as online advertising or digital intelligence) are unlikely to be impacted directly by Brexit, because the European Union doesn’t impose tariffs on intangible goods. 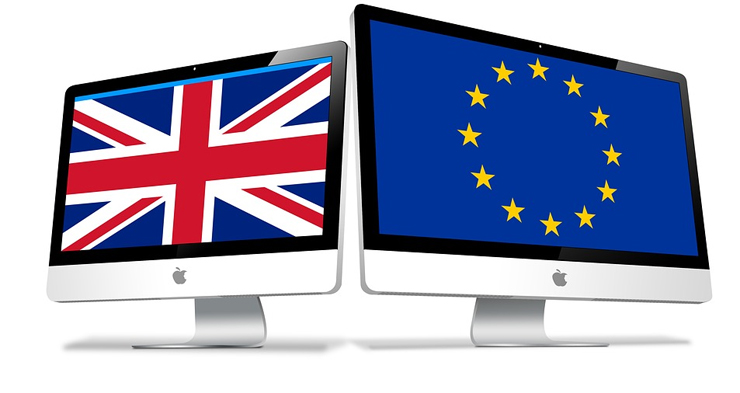 ‘Brexit could be a good thing for the Netherlands’

In the Netherlands some people think Brexit could be a positive thing for the country’s economy. Strategic consultant Cor Molenaar thinks several international companies who want to operate in the EU, will now skip the UK and settle in the Netherlands.

“Because there is no language barrier, US companies see England as the gateway to Europe. New ecommerce companies prefer to settle in the UK, but with Brexit there will be import fees from the EU, so exports from the UK will become more expensive”, he says. “Will the UK still be that interesting for these American companies? They will undoubtedly find another country as their starting point.”

‘A huge logistic hub will arise in the Netherlands’

He also says the Netherlands is a friendly country for the US, it has good logistics and the Dutch speak English well. “Warehouses will be built near Venlo and there will arise a huge logistic hub. Amsterdam is already the internet hub for Europe and will only become stronger.”