December 1, 2021 by Pleuni. About Marketplaces, Statistics with tags Europe. 9969 views.

That marketplaces make up a large proportion of ecommerce in Europe has been recorded earlier, but with the growth in ecommerce itself, marketplaces have seen a strong growth this year as well. Earlier this month, research by Inriver showed that nearly half of all online product searches in the UK and Germany started in marketplaces.

50% of online shoppers use marketplaces.

A recent report published by RetailX states that across Europe, 50 percent of online shoppers use marketplaces. In the UK, as many as 64 percent of shoppers turn to marketplaces first. This is a big change from what RetailX had previously recorded: 57 percent. A quarter of all UK online shopping happened on Amazon.

While marketplaces are becoming more dominant across Europe, the report shows that there are significant differences per country. In Spain, the market is still dominated by mixed marketplaces that are marketplace spin-offs from retailers, such as El Corte Inglés and Privalia.es. The most established European marketplaces have grown in their home regions, with the Dutch Bol.com reaching 79 million visits per month. Germany’s OTTO has grown it’s revenue in 2020 with 37 percent when compared to its net sales in 2019.

According to the report, as of April this year, Polish marketplace Allegro was the third largest marketplace in Europe. With 185 million visits per month, it is now just behind Amazon and eBay. Russia’s general marketplace Wildberries has also been growing, it now has around 149 million monthly visitors. This puts it in fourth place in Europe by visits.

The 5 most popular marketplaces based on how manu European consumers use them are listed below:

The Czech Republic, Denmark, Finland, Greece, Norway, Sweden and Slovenia are on the other end of the scale as they are all very light on marketplaces. The majority of online sales in those countries come from non-marketplace sites. 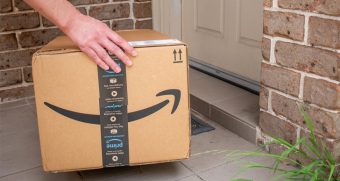 The report mentions that Spain, Italy, Poland and to some extent France and Portugal have an almost 50 percent split between marketplaces and non-marketplace retailers. In these markets Amazon isn’t a dominant presence. Allegro and Wildberries are targeting these markets, potentially filling that Amazon void soon.