When an online basket was filled with 39 popular summer products in six countries across Europe, the ecommerce industry in France happened to have the highest prices. This ‘summer basket’ however is most expensive for consumers in Spain, as they have the lowest gross domestic product per capita among these countries.

This is shown by analysis from Prisync, which started to track the prices of 39 summer-favorite products, such as Birkenstock sandals, GoPro Hero 5 Session, Nivea sun lotion, Speedo snorkel and a Weber barbecue. It did this in six countries across Europe: the Netherlands, the United Kingdom, France, Spain, Italy and Germany. 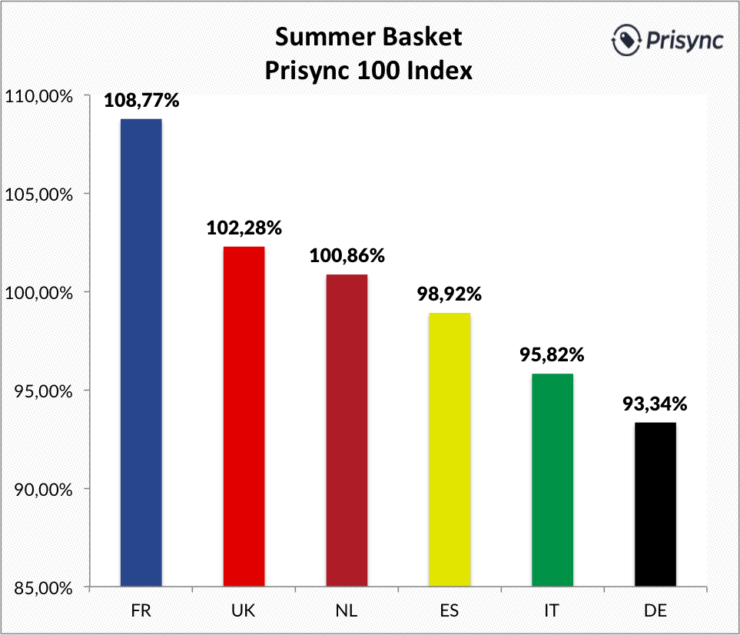 It turns out, the basket is most expensive for online shoppers in Spain, as they have the lowest gross domestic product per capita among the six aforementioned countries. The purchasing power of the summer basket is the same for Dutch and German consumers. 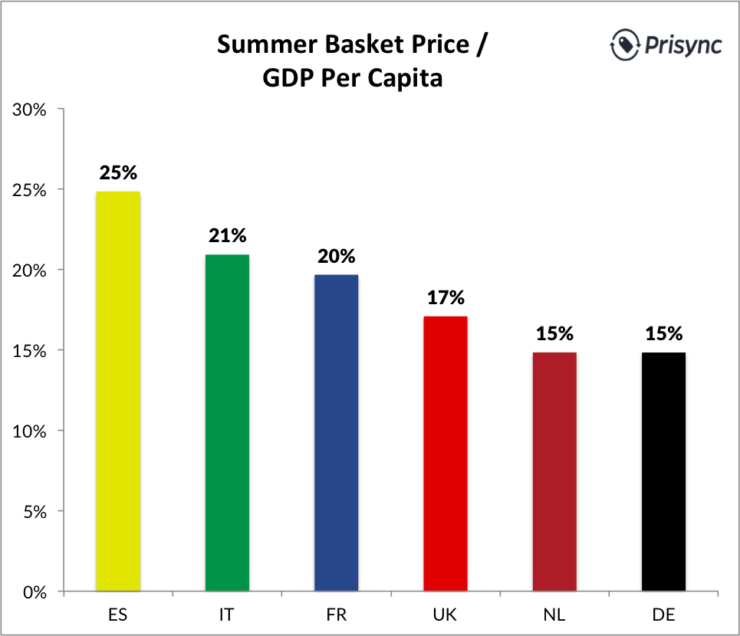