These are the local social networks in Europe 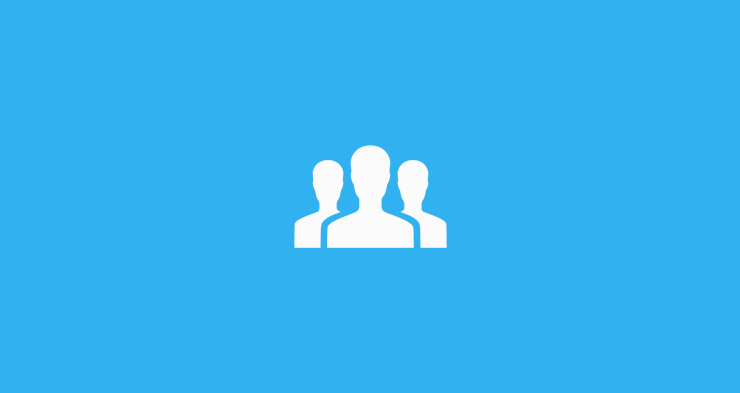 If we would have compiled a list of local social networks in Europe a few years earlier, the list would’ve been longer. ‘Thanks’ to huge American social media like Facebook and Twitter, some European initiatives couldn’t resist their popularity any longer and collapsed. But still, there are some social networks that are still being used by the locals. Let’s have a look at them. In alphabetical order.

The United Kingdom
Bebo – Bebo was huge. Once. It had some 11 million unique users. It seemed to be Ireland’s most-visited site. But after it has been sold to AOL for 640 million euros in 2008, the popularity of the social network declined, as users were moving to Facebook and Twitter. In July 2013, the original founders Michael and Xochi Birch purchased the social network back from its last owners, hedge fund operators Criterion Capital Partners. A new site is now planned to go live within a few months.

The ‘problem’ with people from the United Kingdom is that they are quite US minded. Therefore they use American social networks like Facebook and Twitter. So, if you have an ecommerce company and you want to expand to the UK, you could try and create a profile on Bebo when it’s live again, but otherwise you could stick at the usual suspects that are popular almost everywhere in the world.

Germany
Lokalisten – For years it seemed that there was room for several big social networks in Germany. Websites like Lokalisten, studiVZ and Facebook lived next to each other. But with the immense success of the latter, the local sites saw their user base shrink gigantically. Nonetheless, some of these social networks still exist. Like Lokalisten, which was founded in 2005 and had more than 43,2 million unique visitors in October 2009. Nowadays they should be glad to have more than 2 million unique visitors every months.

VZ Netwerke – This is a German company that owns the social networks MeinVZ, StudiVZ and SchülerVZ. Together these sites had more than 466 million pageviews two years ago, but now it’s not even ten percent of that amount. It led to SchülerVZ being closed on 30th April this year. The still active StudiVZ has often been compared with Facebook, even though that happens primarily because co-founder Ehssan Dariani has admitted the site is based on Facebook. Also, one of the error messages revealed a folder on the site that’s actually called ‘Facebook’.

XING – XING is a German site you can compare with LinkedIn. It offers basic membership for free, but if you want to do more, like searching for people with specific qualifications, you’ll need a premium membership (€5 per month). Similar with LinkedIn, there are closed groups and you could see how each members is connected to any other member. Three quarters of its pageviews comes from Germany.

France
Viadeo – Viadeo is for France what XING is for Germany: the local social networking site for professionals. It was founded in Paris in May 2004 and nowadays it has more than 55 million members worldwide. With Viadeo you can stay in touch with business partners, help others to find a jobs or create business opportunities. Good to know: The Viadeo Group also owns the brands ApnaCircle and Tianji. The latter is China’s biggest professional network with over 17 million members. 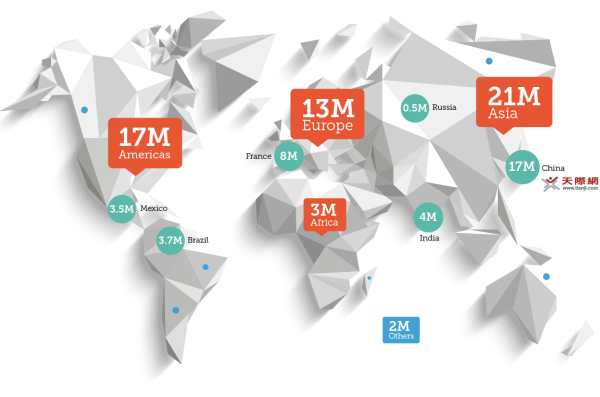 Skyrock – If you visit the homepage of Skyrock, you’ll see a mix of differnt successful social media site: there are blogs to read, pictures to browse, updates to read and people to find. The site is home to more than 22 million profiles and 29 million blogs. Because of the variety of features we fully understand why it still exists, in addition to Facebook and Twitter.

The Netherlands
Hyves – For many years since its inception in 2004, Hyves was the social networking site in the Netherlands. But as it happened with many social networking sites around the globe, Hyves too was damaged by the success of Mark Zuckerbergs brainchild. It once reached almost a third of the Dutch population; in May 2011 it had about 5,3 million active users. Nowadays it’s just the shell of what it once was, but with a refocus on teenagers it tries to keep playing a role in the Dutch social media playfield which is also being dominated by Facebook, Twitter and Google+.
Update December 2013: Hyves just quit. The site continues as a gaming site.

Belgium
Netlog – Netlog is a social networking website from Belgium that focuses on youngsters. It was founded in 2003 and two years ago it became part of Massive Media. This company also founded social discovery platform Twoo and gaming platform Gatcha! while acquiring the Dutch daily deals site 1DayFly.com. Twoo.com is now being merged with Netlog, so its focus is now more on dating and discovering new friends.

Turkey
Yonja – Yonja is Turkish biggest social networking site. It was founded in 2003 by Kerim Baran. His Yonja Media Group also launched other sites, like MetroListe (a craigslist for Turkey), 7inci (DailyCandy for Istanbul) and the Twitter-like Nolyo, but after a few years all these initiatives were being cancelled. Yonja is still active, although these also had to suffer from Facebooks success.

GROU.PS – GROU.PS is a platform based around communities, whether they are private or public. On GROU.PS you’ll find online gaming forums, e-learning classrooms, fan clubs, charity fundraising campaigns and many more. It was founded in 2006 and since then more than 300,000 groups have been created (although only about 20,000 of them are still active), while being home to more than 12 million registered members. 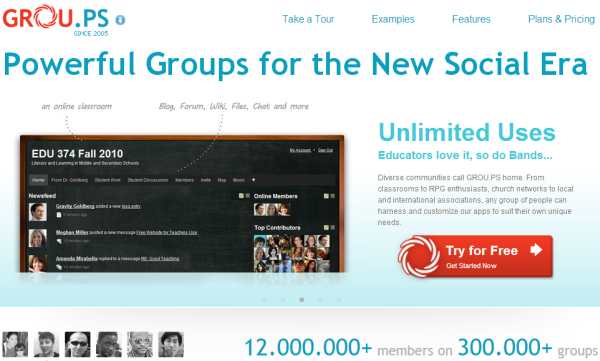 Spain
Tuenti – Tuenti, founded in 2006, is the Spanish equivalent of Facebook. It’s available in several European languages, like English, French, German, Italian, Dutch and Portuguese and has more than 14 million members. In 2010 it has been acquired by Spanish broadband and telecommunications provider Telefónica and that made them focus more on messaging. It launched an mobile virtual network operator, Tuenti Móvil, allowing customers to call, chat and share without using data or phone credit!

Italy
Meemi – Meemi is an Italian social network, or even better a micro blogging platform. You could compare it with Twitter, but for starters Meemi doesn’t have a 140 characters limit and it allows to share formatted text.

Norway
Nettby – Nettby.no from Norway suffered the same fate as all those other local social network sites in Europe, when Facebook came by. Over 70% of Norwegian teenagers have created a profile on the service and at times Nettby had over 300 million weekly page views, more than the ten largest Norwegian sites combined. But in 2010 it had to close its site, because of the immense competition from Facebook. Nowadays, Nettby.me (mind the different tld) is active, but we must confess that we’re not sure if this is a reanimated Nettby.no or that someone started a new social network with the same name…

Biip – Biip.no is a Norwegian onliny community where you can manage your online profile and chat with or send text messages to other members. It’s not really comparable with a Facebook or Twitter, but it’s social media nonetheless.

Poland
Nasza Klasa – Nasza Klasa (which translates to ‘our class’) is not your standard student or alumni social network site (otherwise, we wouldn’t have it listed on this page), as it also allows other people access to its network.

GoldenLine – GoldenLine is Poland’s social network site for professionals. After you’ve registered at GoldenLine, you’ll be automatically be a member of certain groups that are related to your profile. It’s the number one professional network in Poland, as it has over 1,3 million members.