Benelux is a region in Western Europe. It consists of Belgium, the Netherlands and Luxembourg, hence the name BeNeLux. Benelux was formed in 1944 to promote free movement of workers, capital, services, and goods in the region. 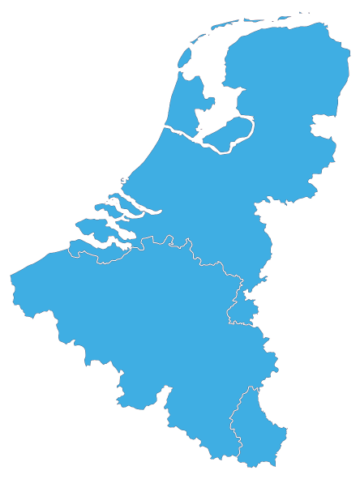 Ecommerce market in the Benelux

The ecommerce market in the Benelux is mainly dominated by Dutch online retailers, whom are not only present in the Dutch but also the Belgian market. For instance, Bol.com and Coolblue are the two biggest online retailers in the Netherlands and Belgium. However, online shoppers in Luxembourg purchase mostly from Belgium, but also from nearby countries Germany and France.

Ecommerce in the Netherlands

The Netherlands is the largest ecommerce market in the Benelux region. Online sales in this country were worth over 26 billion euros in 2020. You can find out more about the Dutch ecommerce landscape on our page Ecommerce in the Netherlands.