The multiple comparison engines of Dutch company Compare Group will get a new design and along with it some new features. The Dutch, Belgium, Finnish and French websites will soon show customers how reliable a web shop really is in terms of delivering orders on time.

We spoke about the redesign with the Dutch Country Manager Levi van Wijngaarden. He told us that the Compare Group already had implemented this new feature on its Dutch website Vergelijk.nl, before the new design was shown. It was a great success for their visitors, but the company also got a lot of criticism from associated webshops who weren’t very happy with the fact that their actual delivery scores are shown on the comparison pages. After having these statistics for just a few days, Compare Group removed the feature for a few months, but now with the new design it implemented the feature again and it plans to do on all of their websites. 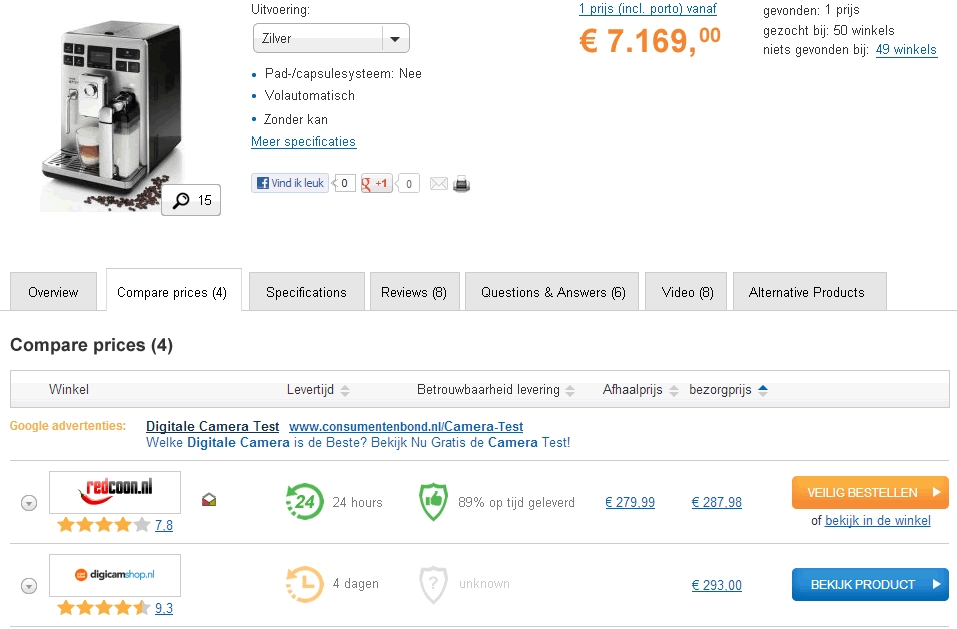 Click on the picture to see a bigger part of the redesign.

Vergelijk.nl started in 1999 in the Netherlands as one of the country’s first product and price comparison engines. They now belong to holding company Compare Group, founded in 2006, that manages similar sites in the European countries Belgium, France and Finland. In the Netherlands more than 100.000 consumers use the services of Vergelijk.nl. The new redesign and the welcoming of new features are part of Compare Group’s plan to become the European market leader in the field of price and product comparison websites.