The ecommerce industry in France has continued to grow during the first quarter of this year, as its total turnover is now 11% more than it was the period before. This growth is being driven by an increasing number of online retailers and buyers, says Fevad. During the first three months of 2014, the amount of online sales reached 13.4 billion euros.

The number of transaction grew by 15%, while the number of online buyers rose with 4%. The number of online stores also continues to grow (+17%): with nearly 21,000 new sites created over the past year, France now has 144,000 active ecommerce sites, says the French E-Commerce and Distance Selling Federation (Fevad).

The average online shopper in France purchased six times online during the first three months of 2014, while the average amount of money spent per online shopper reached 491 euros (Q1 2013: €467). The average spend per transaction however is constantly decreasing, as the purchasing power is declining. After a 3.5% decline last year, the first quarter of this year saw the purchase amount decrease by 4% to 81.5 euros. But the increased purchase frequency (+10%) allows to compensate for this decline, the French federation says. 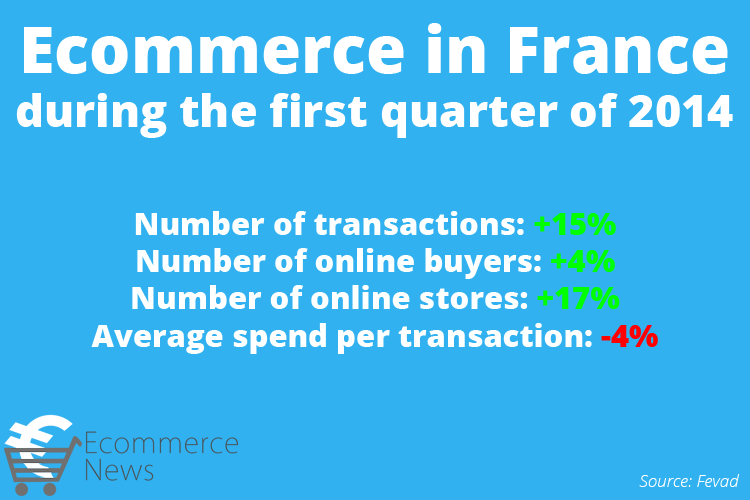